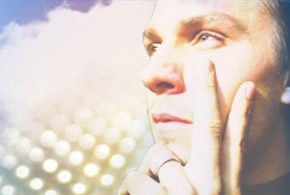 LAS VEGAS—With the arrival of a new CEO in January, CA Technologies has been working hard in the last three months to refocus its messages about what it offers to its customers.

Here at its CA World 2013 annual user conference, the company couldn’t make its go-to-market plans any clearer. CA, which began operations in 1976 as a business software innovator and later emerged as a corporate acquisition machine, says it wants its users and prospective new customers today to see CA as a leading driver of innovation in mobility, development operations, software as a service (SaaS) and big data.

“We’re committed to helping you transform your existing operations, to free up budget, to increase business innovation,” said Peter Griffiths, CA’s executive vice president of enterprise solutions and technology, in an April 23 keynote address here at the conference. “Innovation is what separates the winners from the losers.”

To accomplish that goal, he said, CA is reshaping itself to help better communicate with customers to help them solve their toughest IT problems in a wide range of areas.

“It used to be about building a big wall around systems,” Griffiths said. “Now it is about security and enabling authentication for users” wherever they are located. “At the same time, we don’t see people having great big bags of money and big IT budgets to spend” to accomplish those tasks. What that means, he said, is building the additional capabilities into CA’s product lines so that customers are better served.

One area where CA is driving these kinds of new innovation is in service management, where the company has integrated social-media capabilities to make it easier and more collaborative to encourage users to make full use of the technology, Griffiths said.

“CA is changing the game in service management,” he said. “I like to call it Facebook for IT.”

In an interview with eWEEK after his keynote, Griffiths was asked if CA is trailing competitors in markets such as mobile-device management, where a large group of companies already offer similar products to help enterprises run their IT systems more effectively.

“I don’t think that we’re starting from behind,” Griffiths said. “We’re bringing it in and enabling our customers to manage it today. Other vendors have been bringing in mobile-device management products, but they haven’t really been integrated into larger enterprise-scale products. It’s exactly the right time for us to be here.”

John Rakowski, an infrastructure and operations analyst with Forrester Research, who also attended the conference, agreed with Griffiths’ take on the company’s competitiveness today.

“You’ve got to take the stance of where CA has come from—from the old CA,” Rakowski told eWEEK in an interview. “Many user companies in the past have been put off by CA’s image, by their past integration problems. But they’ve now got a lot of really great products. They’ve been acquiring companies and technologies,” he said. However, CA hasn’t succeeded in fully integrating them into its technology stack as quickly as they might have hoped, Rakowski observed.

Rakowski said that he’s “impressed” nowadays with CA’s messages and approach to its customers, especially when it comes to how CA is going to help their customers solve their IT problems.

In particular, CA is making a new offer to provide free professional services consultations to help customers review the products they are using to determine whether changes and improvements are needed. That option, said Rakowski, puts CA ahead of competitors who typically charge high fees for such reviews.

“CA is starting to realize that it’s not just about having fantastic solutions but also engaging with their customers,” Rakowski said. “I really do believe that CA World 2013 is a rebirth of CA and the market is completely open” for the company to get back into a leadership role for customers, he said. “This space is hot, and they have a really good opportunity.”

That wasn’t always the case for the software company, he added.

“You’ve got to remember where CA is coming from,” having fallen behind compared to competitors in the past, Rakowski said. Today, the company is working to re-energize itself with new strategies and products. “The messages coming out from the new CEO are very positive. He outlined a very good vision for the company. “It will be interesting to see at CA World 2015 or 2017 or 2020 if they’ve achieved those visions.”

CA’s new CEO, Michael Gregoire, opened the conference on April 22, talking about how CA is reframing its mission in large part by focusing on how it can help its customers drive revenue and improve their IT innovation.

“If we’re not providing the kinds of services our customers want, they will go elsewhere,” Gregoire said.

To better serve customers, CA is now focusing on several key areas, he said, including helping them to streamline application development operations and speed up development while helping to reduce costs. Another key area where CA plans to drive customer innovation is by building enterprise-level mobile device management capabilities into its products and platforms to help customers whose businesses are being changed by BYOD, said Gregoire.

“We think this is a problem we can solve,” he said, by taking a comprehensive view of mobility management using an organic approach to attacking a wide variety of problems that customers are experiencing.

In addition, CA’s latest software-as-a-service (SaaS) platform will continue to receive user interfaces that are common across other CA products to make it easier to use for business workers, he said. “We’re doing this because it’s just a better way to empower users and it allows us to be more intimate with our customers,” he said.

“We are going to amp up the organic engineering in our company,” Gregoire said. “I’m not convinced that we’ve been as good as we can be.”

Another major goal Gregoire set for CA is to find ways to help longtime customers move away from their old legacy application releases and bring in the latest, most feature-filled applications that can truly transform companies’ operations, he said.

“My No. 1 number pet peeve about the software industry is the presence of old releases of applications,” Gregoire said. “If all of this innovation is going to work, we have to get you off of old releases. We have to find ways of getting you off old releases to where you can innovate” using the latest tools.

“Next year at CA World, I want to be able to talk about how many customers have been moved off of old releases and are innovating.”

Gregoire, 46, was named CEO in December 2012 and began the job this past January. A 25-year veteran of the software and IT services industries, Gregoire came to CA from Taleo, a cloud-based talent management software company, where he was CEO and president for seven years. He previously worked for PeopleSoft and for EDS.

About 5,000 people are attending CA World 2013, according to conference organizers.

CA was founded in 1976 by the flamboyant Charles Wang and business partner Russell Artzt. Since then, CA has been one of the most acquisitive software companies in the history of the business. In the late 1980s CA became the first software company to top $1 billion in sales. In 2005, CA launched a rebranding campaign referring to itself as CA as opposed to Computer Associates. In 2010, it changed its name once again, to CA Technologies.