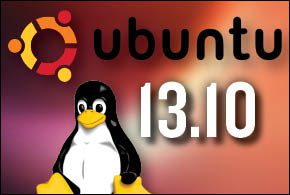 The open-source Ubuntu Linux project is out today with its 13.10 release, code-named “Saucy Salamander.” The new release includes components for desktop, server and cloud users as well as a move toward mobile devices.

Ubuntu is an open-source Linux operating system distribution, backed by commercial vendor Canonical. Canonical’s Ubuntu product manager, Richard Collins, explained to eWEEK that the 13.10 release is a key milestone for his company in providing a single operating system that can run across different device types with little adjustment.

Collins said that what has landed in Ubuntu 13.10 is some very important system component work that will optimize the operating system for multiple form factors. Part of that component work is a new display server known as Mir.

“Mir is the basis by which we will support all services in the future,” he said. “A display server is a fundamental part of how an operating system works.”

The Mir server is an Ubuntu replacement for the legacy X server that has been the standard display server on Linux and Unix systems for the last decade. Other Linux distributions and desktops—including Red Hat’s Fedora Linux and the GNOME desktop—have been building an alternative display server known as Wayland.

“With Ubuntu 13.10, there is now the groundwork in place to accelerate a fully fledged mobile OS between now and our next release with 14.04,” Collins said.

Ubuntu has been talking about mobile Linux efforts for much of 2013. At the beginning of the year, Canonical announced an Ubuntu Phone effort. That effort aims to bring Ubuntu Linux onto smartphones as a competitive alternative to Apple’s iOS and Google’s Android. Going a step further, Canonical attempted a crowdfunding effort to jump-start its phone ambitions. The Ubuntu Edge crowdfunding campaign aimed to raise $32 million in 30 days to build advanced next-generation Ubuntu Linux-powered smartphones. The effort failed to meet its funding target.

The fact that the Ubuntu Edge campaign was not successful from a funding perspective is not affecting the Ubuntu road map.

“The Ubuntu Edge product, had it gone forward, would have been based on the Ubuntu 14.04 milestone,” Collins said. “So the timeframe for the delivery of the Edge was always bound by a road map that was already in place.”

The Ubuntu Edge campaign would have guaranteed at least one hardware platform for Ubuntu Phones. Collins stressed that even without the Edge, Canonical is working with equipment partners, though no formal announcements about specific vendors can be announced at the current time.

“We have a number of hardware vendor evaluations taking shape right now, and we have been working closely with a number of Tier 1 original equipment manufacturers [OEMs],” he said. “The next phase will be a commercial phase, and that’s where we’ll see some public announcements about who the OEMs are and what the products will look like.”