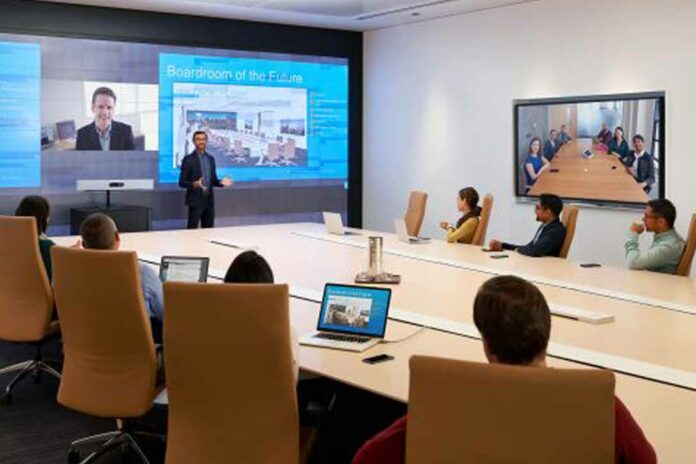 Cisco Systems continues to revamp and build out the capabilities of is collaboration platform, most recently introducing new edge Webex services that can be run in a customer’s own data center, more hardware for corporate conference rooms, headsets for its Webex and Jabber unified communications applications, and a new meeting scheduler for Webex.

The new offerings are part of larger efforts to streamline and enhance the usability of Cisco’s collaboration technology, following on the company’s announcement in April to merge its Spark platform into the Webex conferencing portfolio to create a single platform. Later Cisco officials announced more platform enhancements, including a new design for Webex meetings and a partnership with Google that combined the hyperscaler’s artificial intelligence (AI) service with Webex.

The latest moves also come as Cisco’s collaboration business continues to see changes in its executive team. Over the past several months, such officials as Rowan Trollope, the senior vice president and general manager of the company’s Internet of Things and Applications unit and who had overseen the collaboration business for several years, left Cisco. Trollope left after managing the merger of Spark and Webex and the expansion of the company’s cloud-based unified communications (UC) efforts.

This week, Cisco said that Jonathan Rosenberg, vice president and CTO of the collaboration business, is leaving the company and will be replaced by Cullen Jennings, a Fellow in the office of the CTO.

The new product announcements this week are designed to address several parts of Cisco’s collaboration portfolio. The new Webex Edge brings capabilities into the enterprise data center through three services: Webex Edge Audio, Webex Edge Connect and Webex Edge Video Mesh. The goal is to drive savings on public switched telephone network (PSTN) and bandwidth while improving the quality of audio, video and content during meetings.

Such improvements are important given that the growing amount of time people are spending in meetings, Javed Khan, vice president and general manager of Cisco’s Cloud Collaboration Technology Group, wrote in a blog post. Khan pointed to research that found that two-thirds of people are still using PSTN to dial into meetings, three of five users feel that cloud video doesn’t offer reliable services and 50 percent of enterprise voice traffic is on a conference bridge.

“We are re-architecting the edge so that you can maximize the power of the Webex backbone directly in your own data center,” Khan wrote.

Through Webex Edge Audio, organizations can use Cisco’s UC Manager to automatically route audio calls over voice-over-IP (VoIP), PSTN or other services for meetings without requiring users to dial into a dedicated VoIP line.

Webex Edge Connect is a dedicated QoS-enabled IP link from a company’s on-premises environment directly to a Webex backbone, run through the Equinix cloud exchange. The direct connection means calls aren’t subject to the jitter and delay that can happen on the public internet. It also lessens the threat of cyber-attacks via the internet, Khan wrote.

Video Mesh is the new name of the Hybrid Media Service introduced last year, combining the quality of on-premises video with the simplicity and scale of the internet. It also translates into lower latency and bandwidth costs.

Cisco also is introducing its @Meet feature to make scheduling easier. According to Sri Srinivasan, vice president and general manager of Cisco Team Collaboration Group, a survey found that scheduling meetings is the second biggest frustration for users. Through the new feature, users can type @meet into the meeting invite, and Webex automatically schedules the meeting and includes relevant information to join.

The all-in-one Room 70G2 is an upgrade over the current Room 70, offering a more powerful Webex Codec Pro that comes with more inputs and outputs to cover a wider range of meeting scenarios and larger rooms, according to Cisco officials. It also includes the ability to track presenters as they move, noise suppression, voice commands and people count. The Room 55 Dual all-in-one offers two 55-inch screens, WiFi, Bluetooth and Codec Plus in the platform.

All the room integrators will be available this month.

Other new hardware offerings include two new headsets for the 500 Series, which are optimized to work with all Cisco IP phones, Jabber, Webex Meetings and Webex Teams. The new 561 and 562 headsets are designed to enable people to more easily move around the office while using them.