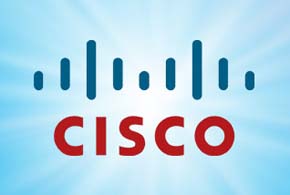 Cisco has had customers running containers on its systems for some time and now is taking the next steps to help support container deployments. Cisco and Docker Inc. have entered into a strategic alliance that calls for the two companies to collaborate on both sales and engineering efforts for containers.

Centoni added that Cisco customers to date have primarily been using Docker for greenfield, cloud-native applications, though some are interested in deploying containerized legacy applications. Overall, organizations are looking for best practices and guidance on how to operationalize containers, she added.

The new partnership with Docker Inc. will help to further Cisco’s container support.

“UCS currently supports bare-metal and virtualized environments, which are typically how containers are deployed,” Centoni said. “The joint engagement with Docker will deliver a more turnkey approach to the consumption of container technology such as automated setup, optimal configurations of Compute, Network and Storage, and better integration into the Docker Management platform.”

She added that the Docker partnership will also allow Cisco to take advantage of key technologies such as stateless computing, fabric design and virtual networking. Among the projects that Cisco has in the container space is an open-source effort called Contiv, whose goal is to provide a networking fabric for containers.

“We have some customers currently using Contiv in production environments,” Centoni said. “Contiv has been certified by Docker, so it now allows more customers to confidently deploy Docker Enterprise Edition [EE] workloads in production.”

Centoni noted that a core goal of Contiv is to allow customers to avoid container silos. Contiv provides a unified networking fabric across virtual machines, bare-metal and containers, and it natively integrates with Cisco infrastructure, she added.

“Contiv offers a rich set of networking and security policies such as micro-segmentation, traffic isolation, bandwidth and priorities that are required in the production environments,” Centoni said.

A key part of scaling container deployments is orchestration, which Docker provides with its Swarm project. While Cisco is now directly partnering with Docker, it’s not exclusively supporting Swarm and will also work with the rival open-source Kubernetes orchestration system. Centoni emphasized that Cisco has an open ecosystem and is actively working with both Docker Swarm and Kubernetes communities. For example, she noted that Contiv supports Kubernetes as well as Docker Swarm.

“Cisco will continue to work with our infrastructure partners to extend the benefits of containers to more systems, software and management tools in the Cisco portfolio,” Centoni said. “We will work with Docker as well as other alliance partners as we unfold our strategy.”