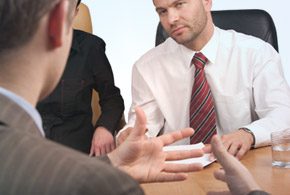 DALLAS, Texas—Cisco Systems is introducing a virtual assistant technology on its cloud-based Spark collaboration platform that is the fruit of the vendor’s acquisition earlier this year of artificial intelligence vendor MindMeld.

The Cisco Spark Assistant is an enterprise-class voice assistant that is designed to help companies facilitate more effective meetings and can be used not only in conference rooms but in meetings accessed via mobile devices, Rowan Trollope, senior vice president and general manager of Cisco’s Applications Group, said Nov. 2 during a news conference at the Cisco Partner Summit here.

“The goal around Spark Assistant is to have a virtual team member who is added to your team and can help your team get their work done,” Trollope said.

Voice-based virtual assistants like Amazon’s Alexa, Microsoft’s Cortana and Apple’s Siri have rapidly grown in popularity in the consumer market over the past several years, Trollope said. However, such technologies have yet to make a significant dent in the enterprise space, which has requirements that make it difficult to simply lift the consumer technologies and place them in the business world.

That includes being able to identify through sound and sight the different people in the meeting, recognize who is talking and understand the context of what’s said during the meetings, he said.

The new offering comes about five months after Cisco completed its acquisition MindMeld, a five-year-old company that created an artificial intelligence (AI) platform for conversational interfaces aimed at next-generation chat and voice assistants.

Tim Tuttle, who founded MindMeld and is now the CTO of Cisco’s cognitive collaboration unit, said the quick growth in the use of voice-based assistance by consumers illustrates the comfort people have with talking to their devices, including smartphones and now standalone assistants.

Tuttle noted that worldwide, there are more than 50 billion voice queries of Alexa, Siri and other assistants every month, and by 2020, more than half of all searches will be conducted by voice.

When he came to Cisco, Tuttle said he spoke to Trollope about bringing an enterprise-level virtual assistant to businesses, something Trollope said the company was already looking at. Tuttle said that initially Spark Assistant will be able to understand basic commands, such as getting in and out of calls. But through machine learning and AI, its capabilities will evolve.

“Over time, it will grow into a very helpful and useful assistant that will make your meetings better,” he said.

Cisco will begin rolling out Spark Assistant in phases starting early next year with a small group of customers getting access to it in the initial phase. Customers will be able to use voice commands to start a meeting without typing or dialing, join a Cisco WebEx personal meeting room, call anyone in their organization and control a Spark endpoint.

Cisco officials envision that through its experience during the initial trials, Spark Assistant will learn and get smarter, eventually being able to do such tasks as assigning action items and create summaries of meetings.

Joe Berger, practice director at Cisco channel partner World Wide Tech, said he envisions the technology to be able to do such things as connect to other applications within a business, such as Salesfore.com apps. Trollope said eventually he wants to see the technology find its way into other Cisco products.

In a recent post on the company blog, Trollope outlined what he sees as the five levels of AI meeting functionality, starting with command and control, moving through natural language understanding and semantic understanding with domain expertise.

In levels four and five, the scene shifts from humans invoking the AI assistant to the assistant interjecting itself into the meeting by being able to understand the needs of the attendees and group dynamics and then proactively synthesize data to help the team.

The assistant will also learn to understand the company’s goals and workers’ skills and then make personnel recommendations, such as including particular people in the meeting, Trollope wrote in the blog post.

It’s designed to take advantage of other collaboration technologies Cisco has developed over the past few years, including the ability to intelligently determine the proximity of people in meetings, track speakers as they move around the room and real-time face recognition. Through such capabilities, Spark Assistant will be able to know who enters or leaves the room and who is speaking.

Spark Assistant eventually will be available on all Spark endpoints and hardware devices, but initially will run on a new family of systems that use Nvidia’s Jetson platform, which enables developers to use AI to building intelligence into the system.

The Spark Room 70 will replace the vendor’s MX800 video system, and will include 70-inch 4K screens in both single- and dual-screen models, four 5K cameras—one of which will see the entire room at all times—that will be able to recognize faces and count the people in the room.