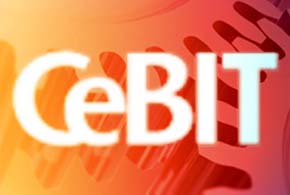 HANNOVER, Germany—The European economy is weak, especially when compared to the recovering U.S. economy. The difference is so great that it’s beginning to negatively affect the earnings of multinational companies.

In fact, those weak earnings, brought on in part by a strong U.S. dollar, caused a 300-point drop in the New York Stock Exchange on Jan. 27. The strong dollar was brought about not only by a strong U.S. economy, but also by the relatively weak euro.

The weak euro is a symptom of a European recession that was triggered and prolonged by the continent’s persistent debt problems, along with economic policies that tended to further erode the euro’s value.

Of course, there are other factors coming into play. The euro hit an 11-year-low against the dollar on Jan. 26 after an anti-austerity party declared victory in Greece’s parliamentary election on Jan. 25.

While the strong dollar is nice for American visitors to Europe, it’s not great for big companies that are selling things to Europeans. So, how is it that BITKOM is reporting 73 percent growth for the European IT industry this year over 2014’s results? And how is it that IT hiring is up sharply to the point that the biggest factor holding it back is a lack of skilled people?

It’s against this economic backdrop that the organizers of CeBIT, which carries the reputation as the world’s largest and most international computer exposition, were briefing the media the week of Jan. 26 about what they will see when the show convenes March 16 to 20.

According to Oliver Frese, a member of the managing board for Deutsche Messe, the company responsible for CeBIT, much of the rapid growth in the IT industry is being driven by Germany’s small and midsize businesses. Germany is the largest economy in the European Union, and that factor means that it would have to lead any economic recovery.

Frese said that one important sign of the strength of the European IT market was in the number of companies planning to attend CeBIT when the show opens in March.

He said that the exhibitor count is already going to be ahead of last year’s numbers and that a number of companies that stopped attending when the recession started are coming back this year.

Many international IT companies beat a path to CeBIT because IT is a global industry. The IT industry is bucking the persistent trend of stagnant European economic growth because the weak euro is giving Europe, especially Germany, an advantage over U.S. IT companies. The strong dollar and relatively weak euro enables European IT companies to sell products and services for less than their U.S. counterparts.

European enterprises know that to return to sustainable growth they must invest in new technology now, Frese said.

“Germany is strong in engineering,” Frese said. “It’s a world market leader. To be market leader again, it’s a must for companies to invest in IT.”

German factories, Frese said, are working to fold IT into all phases of their manufacturing processes as well as into all their business operations. “This is a good chance to use big data,” he said.

But it’s not just Germany that is supporting strong IT growth. Much of the strength in European IT is coming from within the broad European Union because European companies of all types are following Germany’s example, Frese said.

“Other European nations realize [that] they have to invest, as well. Same is true in Italy,” Frese said. “They will invest in making production more efficient. The Baltic States have made a big investment in digitalization. We have good networks—especially mobile networks.”

Frese also noted that more European companies are making the Internet part of their daily activities. Germany and other countries in Europe are making sure that small and midsize companies are fully connected to the Internet, he said. “The European market is big,” Frese said. “The machinery sector is doing well. We have a safe political situation not too strong [on] regulation. And we have the euro.”

Frese said that although the euro is declining compared to the dollar, it is still a stable currency. This monetary stability, coupled with overall political stability, is doing a lot to give companies the confidence to invest in IT, he said.

The weak euro also gives EU IT companies the ability to sell hardware and software at a substantial discount over their U.S. and Asian counterparts. As long as that imbalance persists, Europe’s IT market should remain strong.

European companies are keenly aware of competition from the U.S. and China, and they know that if they don’t invest in IT now, there are plenty of U.S. companies that will be there to take their places, Frese said. “If European companies don’t do it, companies from other countries will,” he said.

Frese said that another factor in favor of EU companies is that customers are worried about where their data is being stored. This is of particular concern to German companies because data is protected by very strict German privacy laws.

However, Frese also noted that the rules about data storage are changing. He said that recent reports about increased data sharing between European nations could have an effect on how the IT industry is perceived in Europe.

Many of these issues about how to jump-start European economic growth and the effect that EU regulation might have on the IT industry will be discussed at CeBIT.