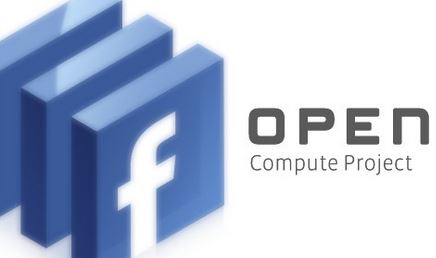 The Facebook-led Open Compute Project said Jan. 27 that it is creating a new OCP Telco Project focused on modernizing data center technologies for telecommunications companies. At the same time, several leading telecommunication operators and other industry leaders said they are joining OCP to help drive the project.
The Open Compute Project (OCP) is an effort Facebook and several partners started in 2011 as its looked for ways to rapidly scale its massive data centers without burning through huge amounts of energy or piles of cash. The giant social networking company, competing with the likes of Google and Amazon, saw the chance to open source actual hardware, much like Linux and others did in software.
More than four years later, the OCP counts many of the largest tech vendors as members and continues to expand its reach in the data center, from servers to networking to storage.
“Based on the positive results of these previous efforts, we are creating a new OCP Telco Project as an open forum to advance the following objectives: 1) communicating telco technical requirements effectively to the OCP community; 2) strengthening the OCP ecosystem to address the deployment and operational needs of telcos; and 3) bringing OCP innovations to telco data center infrastructure for increased cost-savings and agility,” Jason Taylor, President and Chairman of the OCP Board and Vice-President of Infrastructure at Facebook, wrote in his blog.
“We are optimistic about the potential of open hardware to bring large-scale gains to the telecommunications industry, and that starts with increased participation,” Taylor wrote.
In a parallel announcement, several major telecommunications companies announced that they are joining OCP. AT&T, Deutsche Telekom, EE, SK Telecom, Verizon and Equinix are among those joining the organization to help improve their infrastructure designs.
“AT&T will virtualize 75 percent of its network functions by 2020, and to do that, we need to move to a model of sophisticated software running on commodity hardware,” said Andre Fuetsch, Senior Vice President of Architecture and Design at AT&T.
Redwood City, Calif.-based Equinix, for another example, is home to more than 1,300 network providers, as well as 500-plus cloud services providers, giving its customers a wide choice of providers in its 40 global markets. In total, Platform Equinix hosts 7,250 customers, each of them potential customers or partners in developing new solutions or new routes into untapped markets.
The OCP Foundation was established in 2011 by Facebook, Intel, Rackspace, Goldman Sachs and Andy Bechtolsheim. Since then, OCP aims to bring new levels of openness to data center technology, and momentum is continuing to build around open source contributions for networking, servers, storage, and Open Rack.
In recent months, the OCP has helped promote the acceptance of new OCP switches from Mellanox, Accton, and Inventec, along with an open TOR (transition-oriented routing) network switch from Facebook called Wedge.