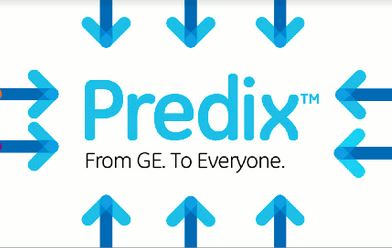 GE, spending a ton of marketing dollars in repositioning itself as a new-gen industrial IoT infrastructure provider, made a series of announcements Nov. 15 at its Minds + Machines conference in San Francisco. These include the introduction of an enhanced version of its analytics-based cloud platform, Predix.

The huge conglomerate also unveiled a phalanx of new tools, applications, services and solution blueprints in a major effort to stir up interest in the Predix platform among the 19,000 developers expected to be in attendance at the conference this week. GE said it expects 20,000 developers worldwide to be using the platform by year’s end.

GE said its new Predix System software architecture and services are designed to add business intelligence to enterprise assets and to bring “visibility, control and analytic insights to every part of industrial infrastructure and operations.”

The company said that this new set of components can run on a variety of operating systems, devices and form factors—from sensors and controllers to gateways, server appliances and the cloud.

Here is a list of new Predix System-based solutions:

—GE Current is a new solution for digital energy management, designed to analyze and optimize energy use and operational efficiency use across lighting, HVAC and other systems. Restaurant, retail and commercial businesses are using the solution to see exactly where and when energy is being used in real time. The software allows them to do not only historic, but also predictive and prescriptive analytics. Customers already using this tool include McDonald’s and Simon Property Group.

—GE Energy Connections unveiled Digital Substation, which extends the maintenance optimization benefits of GE’s Asset Performance Management software to the electricity grid. Eight percent of all generated electricity never reaches its intended customer due to grid outages. GE’s Digital Substation is designed to enhance the reliability of a critical element of electrical grids and optimize the total use of assets.

—GE Power introduced a new release of its Digital Power Plant software for gas, steam and nuclear plants, which features new tools to help customers reduce unplanned downtime by up to 5 percent, reduce false positive alerts by up to 75 percent, and reduce operations and maintenance costs by up to 25 percent. It also includes software that provides power producers with accurate and timely plant operating capacity information, which energy traders can use to generate incremental revenues.

—GE Renewable Energy introduced the Digital Hydro Plant, a suite of apps combining both software and hardware solutions designed to support Hydro customers globally, helping them get the most out of assets over the lifetime of a plant. The Digital Hydro Plant complements GE’s Digital Wind Farm, Digital Power Plant for Gas and Digital Power Plant for Steam, enhancing power generation reliability, efficiency, cybersecurity and profitability—targeted to reduce maintenance costs by up to 10 percent, increase plant availability by as much as 1 percent and boost revenues by up to 3 percent.

The addition of ISVs enhances the growing ranks of the GE Digital Alliance Program, which launched in February. The alliance program now lists more than 270 partners around the world, including major enterprise players such as AT&T, EY, Intel, Microsoft and Tata Consultancy Services (TCS).

Bit Stew will provide improved ability to integrate data while it is in motion—from the edge to the cloud—and will allow industrial companies to gain better insight into data coming from the edge. This combined capability provides customers with a solution to efficiently organize large amounts of data at the source, enabling more rapid realization of Industrial Internet value.