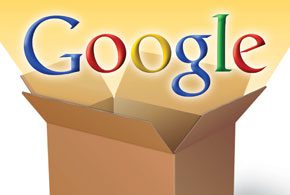 Google has acquired DrawElements, a Finland-based company that specializes in software used for GPU benchmarking and testing. The acquisition was announced July 23 in a brief statement on the DrawElements Website and was confirmed by Google in an email reply to an inquiry from eWEEK.

“We’re excited to announce that we’re joining Google,” the statement said. “Over the next few months, we’ll be working with our colleagues on the Android team to incorporate some of our technology into the compatibility test suite. Stay tuned!”

DrawElements’ main product is its DrawElements Quality Program (dEQP), which is software used to measure the quality of GPUs and their drivers, while also focusing on related work with OpenGL ES 2.0 drivers and software rasterizers, according to the company. The dEQP suite is a toolkit used to benchmark the accuracy, precision, feature conformance and stability of OpenGL ES and OpenCL GPUs, according to the company’s Website. “It enables detailed quality comparisons between different vendors and GPU architectures, as well as providing high-quality tools for analyzing and debugging any issues uncovered by the tests.”

A price for the acquisition was not announced, but Finland-based technology blog ArcticStartup reports that it is at least eight figures (13.5 million euros or $10 million, depending on the currency).

The DrawElements acquisition continues a recent buying spree for Google that includes a growing list of companies, according to a recent eWEEK report.

Earlier this month, Google purchased music streaming vendor Songza for an undisclosed price as the company continues to look for ways to increase the competition with Apple and others for the music dollars of online users. The idea for Songza is to create playlists that match the many moods of its users. Users can let Songza’s “Music Concierge” find the right music for their needs or they can browse a curated playlist library organized by activity, genre, decade and mood. Users can also stream thousands of original playlists that are made by music experts. Songza apps are available for free for Android and for iOS.

In June, the tech giant acquired imaging vendor Skybox Imaging for $500 million to aid Google’s mapping efforts. That followed the May purchase of mobile-device management vendor Divide for an undisclosed price. The Divide deal was aimed at helping the company bolster and increase enterprise use of its Android-powered mobile devices in workplaces by offering increased security and compliance controls for businesses.

Also in May, Google announced the purchase of Stackdriver, a Boston-based company that was started in 2012 to provide cloud-application monitoring and data visualization services to users. On the same day, Google acquired Appetas, which helps restaurants build, maintain, promote and grow specialized Websites that serve the needs of the food industry. Google is shuttering Appetas as part of the purchase.

On May 6, Google acquired Adometry, a marketing and advertising optimization company that uses software-as-a-service-based advanced analytics to process and analyze tens of billions of impressions and advertising transactions per month to identify what consumers are buying.

Interestingly, Google announced back in March 2013 that it had amassed some $48 billion in cash that it would use for acquisitions, according to an eWEEK report.