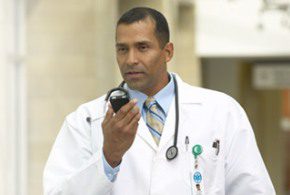 Google is getting into health care with the creation of Calico, a company that will work to find ways of improving the health and extending the lives of human beings.

Google announced the new effort in a Sept. 18 post on the company’s corporate blog, unveiling Calico as a startup business that will focus on “health and well-being, in particular the challenge of aging and associated diseases.”

Much of the details behind the new operation, however, have not yet been announced, including just what that goal means and how Google will take on its mission in these areas.

In a post on Google+, Levinson wrote that the idea for a business that would take a long-term view of aging and illness came during intriguing discussions with Google co-founder Larry Page and Bill Maris, the managing partner of Google Ventures. Those talks led to many questions surrounding what humans know about aging, illnesses and disease, wrote Levinson.

“For example, what underlies aging?” he wrote. “Might there be a direct link between certain diseases and the aging process? We agreed that with great people, a strong culture and vision and a healthy disregard for the impossible, we could make progress tackling these questions, and improving people’s lives.”

Those talks and questions gave birth to the idea for Calico, which Levinson said is an abbreviation for the “California Life Company.”

In a statement released by Google, Page said, “Illness and aging affect all our families. With some longer term, moonshot thinking around healthcare and biotechnology, I believe we can improve millions of lives. It’s impossible to imagine anyone better than Art—one of the leading scientists, entrepreneurs and CEOs of our generation—to take this new venture forward.”

Page also presented a post on his own Google+ page about the new venture, admitting that the young company is a definite departure from the usual goings-on at Google. “OK … so you’re probably thinking wow! That’s a lot different from what Google does today,” wrote Page. “And you’re right. But as we explained in our first letter to shareholders, there’s tremendous potential for technology more generally to improve people’s lives. So don’t be surprised if we invest in projects that seem strange or speculative compared with our existing Internet businesses. And please remember that new investments like this are very small by comparison to our core business.”

Page wrote that the plans for the new company are still very young and are evolving. “Art and I are excited about tackling aging and illness,” he wrote. “These issues affect us all—from the decreased mobility and mental agility that comes with age, to life-threatening diseases that exact a terrible physical and emotional toll on individuals and families. And while this is clearly a longer-term bet, we believe we can make good progress within reasonable timescales with the right goals and the right people.”

A request from eWEEK to Google seeking more details and further comments about Calico was not immediately returned on Sept. 19.

This isn’t the first health care-related initiative undertaken by Google. Back in 2008, Google launched its Google Health initiative, which aimed to help patients access their personal health records no matter where they were, from any computing device, through a secure portal hosted by Google and its partners, according to earlier eWEEK reports. Google Health eventually shut down in January 2013.