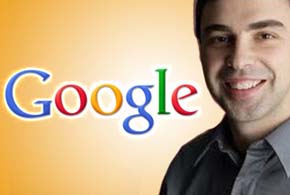 Google has beaten analysts’ estimates for its revenue and profits for the third quarter of 2013, posting revenue of $14.89 billion and profits of $2.97 billion, according to figures released Oct. 17 by the company during an earnings call with financial analysts.

“Google had another strong quarter with $14.9 billion in revenue and great product progress,” Google CEO Larry Page said during the conference call, his voice apparently still very hoarse from vocal paralysis that has been affecting him for more than a year. “We are closing in on our goal of a beautiful, simple, and intuitive experience regardless of your device.”

Lots of changes have come for the company since Google began its journey in 1998, said Page. “For years everyone talked about the multiscreen world,” said Page. “Now it’s arrived, but on a scale no one imagined. Screens are proliferating. When Android was still a skunk works project, I used to feel kind of guilty visiting the team” because Google was centered on search and not on operating systems. “It turns out that was a lot of misplaced guilt.”

Interestingly, before passing on the microphone to Google Chief Financial Officer Patrick Pichette, Page announced that “going forward, I won’t be joining every earnings call,” which he will leave in the hands of Pichette and other Google executives. The reason, he said, is to “prioritize my time for the benefit of the business.”

Page’s surprising remarks certainly could leave open concerns about his health and hoarseness, as he has been a part of the company’s earnings calls for years.

The company listed its advertising traffic acquisition costs (TAC) for the quarter at $2.97 billion, or 24 percent of advertising revenue.

In July, Google posted a second quarter profit of $3.23 billion, which fell short of analysts’ expectations, according to an earlier eWEEK report. Total revenue for Q2 grew 19 percent from the same quarter in 2012 to $14.11 billion.

In April, Google’s Pichette revealed at a technology conference that the company had stashed away $48 billion in cash to give it free rein and lots of financial options in the marketplace should tantalizing acquisition targets show up in its cross hairs.

In July 2012, when Google posted its first results since it acquired Motorola Mobility, the company posted second-quarter revenue of $12.2 billion, a 35 percent year-over-year increase from 2011. Google’s $12.5 billion acquisition of Motorola was completed in May 2012.

In 2012, Google raked in revenue of $50.18 billion and $10.7 billion in profit for the year, surpassing the $50 billion annual revenue plateau for the first time in the company’s history, according to an earlier story by eWEEK. Google had earned $38 billion in revenue and profits of $9.7 billion in 2011.

In October 2012, Google suffered an embarrassing early release of its third-quarter Form 8-K report to the U.S. Securities and Exchange Commission’s Website, which meant the financial data was accidentally available four hours before the stock market was set to close. That accidental report release triggered an early sell-off in Google shares, with share prices dropping by about 9 percent before the sale of shares were eventually halted.