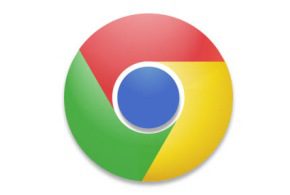 Google has released the latest version of its Chrome desktop Web browser—designated Version 32—to its stable, or generally available, channel for use by consumers and business users.

Chrome 32 was announced by Karen Grunberg and Daniel Xie of the Google Chrome team in a Jan. 14 post on the Chrome Releases Blog. The latest version, which is officially known as Version 32.0.1700.76, is for Windows and Chrome Frame, while Version 32.0.1700.77 is for Mac and Linux users.

Among the many fixes and improvements in the new releases is the presence of indicators on the browser tabs so that users can quickly find tabs that may be running audio sound clips, Webcams or Webcasts, which can be distracting, wrote Grunberg and Xie. Also included in the latest browser is a different look for Windows 8’s Metro mode, as well as the automatic blocking of malware files, they wrote.

The feature that will let users shut down tabs that have unwanted audio files was introduced in November 2013 as a beta feature and is now being integrated as a standard feature. Users can visually scan their browser tabs to find the noisy, offending tab so that it can be quickly closed.

Eleven security fixes are also built in, including four high-threat issues and one medium-threat issue, the post continued. Several known issues remain, including keyboard input problems in Windows 8 Metro mode and dragging and dropping files into Chrome may not work properly, wrote Grunberg and Xie.

Meanwhile, however, some users have been reporting problems with the existing scrollbars in the new versions, according to the Google Product Forums pages. The issues they are reporting relate to the scrollbar changing from one with small boxes with arrows on each end that can be clicked to one that has to be dragged. Also being reported by several users is the loss of an on-screen scroll wheel, which requires a workaround to restore.

A Google engineer responded on the forum pages that the issues are known and are being worked on by the team,

Last November, Google added a reset button to the then-latest Chrome Web browser to help users recover their browser settings when malicious apps load themselves and add toolbars or new settings or make other undesired changes. The reset button can be found in the “Advanced Settings” section of Chrome’s settings page.

In September 2013, Google announced that the Chrome Web browser will no longer work with a series of older, formerly popular Netscape-era Web browser plug-ins starting in January 2014, as the company shed the use of plug-ins that were targets for hackers and malicious applications. The Netscape Plug-in API (NPAPI) had ushered in an early era of Web innovation by offering the first standard mechanism to extend the browser, according to Google. The move was being made because NPAPI isn’t used or supported on mobile devices, which includes a rapidly growing segment of Web users, and because the Mozilla Foundation blocked NPAPI plug-ins in December 2013.