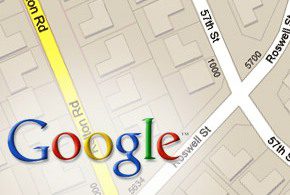 Google has decided to pull the plug on its free Map Maker tool that people have used for more than eight years to make community edits to content in Google Maps.

The company will formally retire Map Maker as a stand-alone product in March 2017 and integrate its features directly into Maps.

Doing so will allow Google to focus on enabling the best editing and moderation capabilities right within the desktop and mobile versions of Maps, the company announced this week. Google will continue to roll out new features and update existing ones so the user community can continue to contribute to Maps. But there will no longer be a separate stand-alone tool for doing it.

“Starting today, edits made on Google Maps will no longer be available for moderation on Map Maker,” Google’s statement noted. “This will allow us to streamline our efforts, speeding up the time for an edit to get published.”

Google launched Map Maker in 2008 as a tool for users to add, edit, modify and update content on Maps. The tool, for instance, allows anyone to add a location for a public place, a business or a restaurant by simply opening up Google Maps and choosing the “Add a missing place” option from the menu. Or it lets them search for a particular location on Maps and then choose the add option if it isn’t already there.

Similarly, a “Suggest an edit” option gives users the ability to submit information to Google for updating or correcting information in Maps. People could use it to notify Google of a place that might have permanently closed or have a different name, incorrect address, website or phone number, for example. It allows businesses to fix information on business listings in Maps or to claim and verify their business on it.

All edits and updates submitted via Map Maker go through a review process involving teams from Google and selected members from the user community.

Earlier this year, Google added new options for people using the Maps application on Android or iOS devices to add places or to edit existing information on landmarks and businesses. In addition to standard information on a business—likes its hours of operation, address and phone number—Android and iOS users can now add other information like overall service quality or whether a restaurant serves vegetarian food and offers outdoor seating.

In announcing the new options, Google also introduced a way for users to approve updates and edits suggested by others via their Android devices, iPhone or iPad. When someone suggests an edit to a particular location in Maps, Android and iOS users now have the option of viewing the suggested edit and verifying if it is accurate. The suggested information is added to Maps once Google determines that a sufficient number of users have verified and approved the data.

Google’s experiment with community edits on Maps hasn’t exactly been incident-free over the years. In 2015, for instance, Google temporarily suspended the ability for people to make edits after some users abused the capability to make incorrect and even obscene edits to Maps. The most notorious of such edits was one that had Google’s well-recognized green Android robot icon urinating on an Apple logo.