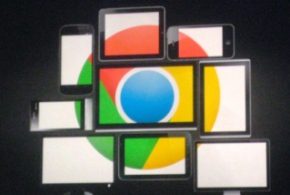 Google’s Chrome Packaged Apps line of outside-the-browser apps for Windows and Chromebook users is again being expanded, with new features, apps and capabilities for users.

“Today we’re unveiling a new kind of Chrome App, which brings together the speed, security and flexibility of the modern web with the powerful functionality previously only available with software installed on your devices,” wrote Erik Kay, the engineering director for Chrome, in a Sept. 5 post on the Google Chrome Blog. “Think apps designed for your desktop or laptop, just like the ones for your phone and tablet. These apps are more powerful than before, and can help you get work done, play games in full-screen and create cool content all from the web.”

The new Chrome packaged apps allow users to work offline or by connecting to the cloud, where they can access and save the documents, photos and videos on their computers or on Google Drive and other Web services, according to Kay. The apps are also synced by Chrome to any desktop device a user signs in on, so they can get their work done, he wrote.

As part of the updated Chrome Packaged Apps announcement, Google is also introducing a Chrome App Launcher for Windows to make it easier to use the apps, according to Kay. The launcher will appear when a user installs his first new Chrome App. “It lives in your taskbar and launches your apps into their own windows, outside of Chrome, just like your desktop apps,” wrote Kay. “Have lots of apps? Navigate to your favorite apps using the search box.”

Windows and Chromebook users can check out the new packaged apps under the “For your desktop” collection in the Chrome Web Store, he wrote. Mac and Linux users will get these capabilities in the near future, he added.

The new packaged apps include Pixlr Touch Up, which lets users touch up, crop, resize and adjust photos from their computer or Google Drive; Wunderlist, which is a simple to-do list that features voice dictation and desktop notifications to remind users of timely tasks and team updates; Cracking Sands, an action-packed racing game against online opponents over 3D race courses; and Until.AM, an online DJ tool, according to Google.

“Users can use the strengths of the Web, yet they can access them as desktop apps,” Kay told eWEEK in an interview. “They are offline-enabled by default.”

A developer preview was conducted back in February, he said, and now the apps are being released to consumers to let them try out the new services. “People are doing some fun and innovative applications,” he said.