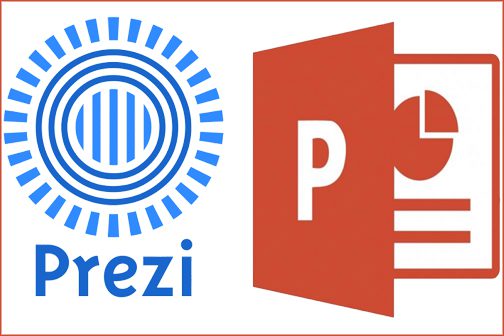 We all have our opinions–good, fair and not so good–about presentation software that we use all the time. The term “Death by PowerPoint” is normally considered a detrimental comment to the world’s most-utilized slide-deck presenter. On the other hand, it could be seen as a left-handed compliment.

How can this be? Simple: Just being in position to be the object of such a comment indicates that Microsoft PowerPoint certainly is the standard-bearer of its market, and it is. PowerPoint has recorded more than 1 billion installations since it debuted in 1990 and is still going strong with about 90 percent of the market.

Despite the prevalence of PowerPoint in professional and educational presentations, surprisingly little is known about how effective such presentations are. Not a lot of science has been done on this. All things being equal, are PowerPoint presentations better than purely oral presentations or those that use alternative software tools? Hard evidence was sought here.

To address this question, researchers from Harvard’s Department of Psychology this spring recreated a real-world business scenario in which individuals presented to a corporate board. Participants (playing the role of presenters) were randomly assigned to create PowerPoint, Prezi or oral presentations, and then actually delivered the presentation to other participants (playing the role of corporate executives).

Harvard published the study earlier this month in the journal PLOS ONE titled “Does a Presentation’s Medium Affect Its Message?”

The results of this project may surprise you.

“Participants evaluated Prezi presentations as more organized, engaging, persuasive, and effective than both PowerPoint and oral presentations,” the researchers wrote. “We therefore conclude that the observed effects are not biased, but instead reflect a true and specific benefit of Prezi over PowerPoint or, more generally, ZUI’s (zooming user interfaces) over slideware.”

Statistically, the Harvard researchers found Prezi significantly more organized, engaging, persuasive and effective than both PowerPoint and presentations with no visual aids.

Harvard recruited 146 individuals who participated as presenters in the study. Harvard then recruited 153 audience participants from the Harvard Decision Science Lab.

Experiment One: In the first phase, participants with sufficient experience in oral, PowerPoint, and Prezi presentation formats were randomly assigned to create a presentation in one of those formats. Harvard researchers provided the necessary context, instruction and time to create a short but realistic presentation.

Participants then presented live over Skype to an actual audience, who judged each presentation’s efficacy.

Experiment Two: Video recorded versions of these presentations (from Phase One) were presented to a larger online audience, affording Harvard greater statistical power and allowing researcher to measure the impact of presentation format on decision-making and learning.

There were 1,069 respondents in final data set. Participants completed the experiment entirely online.

The visual components of Prezi presentations were rated by audiences as more dynamic, visually compelling and distinctive than PowerPoint slides.

Participants’ judgments about the media attributes of presentations did, therefore, relate to their overall assessments of the presenters and presentations. They got worse ratings and were less effective if they didn’t contain enough graphs, animations and images.

–More participants indicated that there were not enough graphs, and/or animations in PowerPoint presentations as in Prezi presentations, with animation as the most distinguishing attribute.

–PowerPoint presentations were judged to have too few of all attributes, particularly animation.

–Presenters and presentations were rated worse if they didn’t have enough graphs, images, and animations.

–In terms of audience decision-making, presentations were less effective if they contained fewer graphs, animations and images.

–Participants’ judgments about the audiovisual attributes of the Prezi and PowerPoint presentations were associated with the decision about the business scenario. Individuals who reported that there was not enough graphs, animation, or images tended to reject the offer in the study, whereas those who reported that there was the “about right” amount of those attributes tended to accept the offer.

Prezi obviously gained some attention as the result of this study. Founded in Budapest in 2008 by CEO Peter Arvai, the company’s presentation software offers more than slides. Instead, it presents a series of screens, or “canvases,” moving the viewer laterally and zooming in on images such as drawings and graphs.

Prezi claims to have 75 million users, with 1.2 million new people signing up every month. It has about 270 employees in Budapest, San Francisco and a small Mexico City office. The company has raised nearly $73 million in venture capital.

So there it is. PowerPoint is still the world sales champion, but Harvard has research indicating something else. You can take the data points here for what they’re worth.