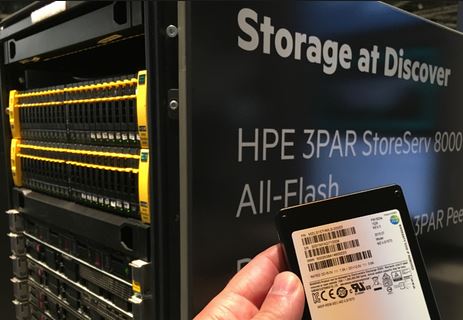 The term “headwinds” has been a common part of Hewlett-Packard Enterprise’s vernacular in recent years, especially when it comes to reporting earnings.

In her quarterly conference call to analysts and business journalists, CEO Meg Whitman cited one of her favorite phrases—”significant headwinds”—in describing increased international pressure on the corporation from the strengthening U.S. dollar, higher commodities pricing and “near-term execution issues.”
HPE, which produces enterprise-grade data center hardware and software, reported adjusted earnings of 45 cents per share on revenue of $11.4 billion for its fiscal first quarter, resulting in net income of $267 million. Wall Street analysts had pegged HPE to bring in $12.07 billion in the quarter.

“In the face of strong competition and similar evolutions from Cisco, Dell Technologies and others, HPE faces a period of continued investment to ensure its long-term differentiation.

These global market challenges could last three to four quarters, based on HPE’s financial performance, those of its rivals and the supply chain, Whitman said.