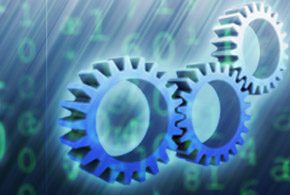 IBM Research has announced a major advance in the ability to use light instead of electrical signals to transmit information for future computing.

The Big Blue breakthrough comes in the area of silicon nanophotonics, which allows the integration of different optical components side-by-side with electrical circuits on a single silicon chip using, for the first time, sub-100nm semiconductor technology, the company said.

Silicon nanophotonics takes advantage of pulses of light for communication and provides for the movement of large volumes of data at rapid speeds between computer chips in servers, large data centers and supercomputers — alleviating the limitations of congested data traffic and high-cost traditional interconnects, IBM said. In essence, the pulses of light on a chip provide for a super highway for data, IBM said.

“This technology breakthrough is a result of more than a decade of pioneering research at IBM,” said John E. Kelly, senior vice president and director of IBM Research, in a statement. “This allows us to move silicon nanophotonics technology into a real-world manufacturing environment that will have impact across a range of applications.”

Enterprises and organizations are entering a new era of computing that requires systems to process and analyze, in real-time, huge volumes of information known as big data. Silicon nanophotonics technology provides answers to big data challenges by connecting various parts of large systems — whether few centimeters or few kilometers apart from each other — and move terabytes of data via pulses of light through optical fibers.

IBM has been working with silicon nanophotonics for some time now and proclaims the technology is now primed for commercial development and can enable the industry to keep pace with increasing demands in chip performance and computing power.

Building on its initial proof of concept in 2010, IBM has solved some of the key challenges of transferring the silicon nanophotonics technology into the commercial foundry, the company said.

By adding a few processing modules into a high-performance 90nm CMOS fabrication line, a variety of silicon nanophotonics components such as wavelength division multiplexers (WDM), modulators, and detectors are integrated side-by-side with a CMOS electrical circuitry. As a result, single-chip optical communications transceivers can be manufactured in a conventional semiconductor foundry, providing significant cost reduction over traditional approaches.

The use of a standard chip manufacturing process will alleviate high cost of traditional interconnects. Single-chip optical communications transceivers can now be manufactured in a standard CMOS foundry, rather than assembled from multiple parts made with expensive compound semiconductor technology.