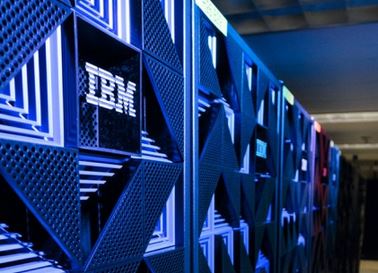 IBM, feeling heavy pressure from a bevy of competitors in its quest to increase the monetization of its cloud services and storage capacity, is expanding the locations for running its cloud. The company on April 26 announced the opening of four new cloud data centers in the U.S.: two in Dallas, Texas and two in Washington, D.C.

The new data centers in the U.S. will provide clients with infrastructure designed for running cognitive workloads and will offer access to IoT, blockchain, quantum and Watson services through IBM Bluemix.

The moves are part of IBM’s cloud data center expansion for 2017. IBM has invested heavily in building its global footprint during the past 12 months by tripling data center capacity in the UK, constructing the industry’s first data center in the Nordics and opening data centers in Seoul, South Korea and Chennai, India.

Overall, IBM has 55 data centers in 19 countries on six continents, including 22 in the U.S.

Each of the four new facilities that opened April 26 has the capacity for thousands of physical servers and offers a full range of cloud infrastructure services, including bare metal servers, virtual servers, storage, security services and networking. With services deployed on demand and full remote access and control, customers can create their own public, private or hybrid cloud environments, IBM said.

IBM’s cloud infrastructure strategy is focused on building cloud data centers in key local markets around the world. This enables clients to run their workloads when and where they need to meet performance and regulatory needs, the company said.

According to industry researcher IDC, the U.S. continues to be the largest market for public cloud services, comprising more than 60 percent of worldwide revenues between 2015-2020.

While the competition is formidable, cloud nonetheless is a growth area for IBM. Last week, IBM announced during its earnings call that its cloud revenues reached $14.6 billion over the last 12 months.