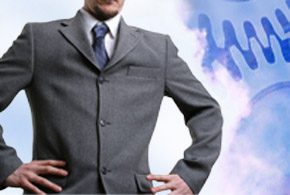 At the IBM Connect 2013 conference here, IBM pulled off the transformation from using its Lotus brand to herald its set of technologies that enable enterprise users to better work together and innovate based on that collaborative process.

The transformation away from the Lotus branding and the focus on products alone began some years ago in the 20-year history of Lotus. But the 2013 “Lotusphere” event marks the first year IBM introduced products without the Lotus brand.

However, this is more evolutionary than anything else, said Mike Rhodin, senior vice president of the IBM Software Solutions Group. In an exclusive interview with eWEEK, Rhodin said one of the primary forces behind the Lotus transformation was transformation of the front office — the industry move from a system of records to a system of engagement.

“We had established the Solutions Group because of this and began a focus on solutions because our clients were looking for that from us,” Rhodin said.

Meanwhile, the location, history, early-in-the-year timing and mix of technologies of the Lotusphere conference made it central to IBM as a bellwether event to make change.

Rhodin said IBM saw as early as the ’90s when Lotus not only offered popular enterprise productivity tools, but also content management, learning tools and a lot more. Yet the tools needed more integration.

“There was a natural value in the technologies and collaboration holds it all together,” Rhodin said. “That seamlessly led to the social business. For instance, Ginni Rometty [IBM chairman and CEO] has got this social business focus across the board and has established it at the CEO level. Now the next generation of workers is coming into the workplace with social as an expectation of how work gets done.”

Smart business leaders are recognizing this and are adapting to it, he said. They also are calling on IBM for help. “The list of things customers want us to do, faster, is more than I can do right now,” Rhodin said. “And that’s a good problem to have, as we prepare to put the pedal on the gas with social. I don’t have any trouble getting meetings anymore. People realize this is the future role of information technology.”

During a keynote presentation at the conference, Gerd Friedrich, CIO of information systems and services at Bosch, said Bosch has implemented a social network inside the company based on IBM software to help with collaboration, communication and ideation. The vision for the project is to also feature and external focus with customers and partners, he said.

Jeff Bowman, head of global e-business at Caterpillar, said his company is just getting started with e-business and social media.

“We’re using it because we’re focused on growing loyalty in the customers that we have,” Bowman said.

Craig Hayman, general manager of industry solutions at IBM Software said one of his key goals in this social strategy is to enable both IBM and its customers to have better relationships with customers.

“We’ve been able to establish HR as strategically important and integral to business success, and the social platform has been key to that,” Grossman said.

Meanwhile, Rhodin said he has addressed the Lotusphere event on 11 different occasions over its 20 years in existence. His most fond memory is welcoming former astronaut, moon walker and American hero, Neil Armstrong, to the conference as a keynote speaker, he said.

He also recalls when IBM introduced its first enterprise-grade social platform at a Lotusphere show.

“We’ve gone from sending emails to today where our CEO communicates with the more that 400,000 IBMers as a social enterprise,” Rhodin said. “Empowered consumers are reshaping our organization,” he added.

Larry Augustin, CEO of SugarCRM, which partners with IBM, said, “Just three years ago this event was a lot different. It used to be am email show but IBM has done a good job of smoothly transitioning it. It has always been a big event but now it’s even bigger. Attendance is up. And social is now the theme of the day.” SugarCRM has integrations to IBM SmartCloud for Social Business.

“I find the agenda this year to actually be fascinating,” said Jonathan Yarmis, vice president of social business and disruptive technologies at HfS Research. “Lotusphere used to really be a geek-fest. All of the sessions were deeply technical and dressed up attendees wore t-shirts without holes in them. Now, those people are still here but there’s a significant presence of people in business functions, often wearing blazers and even <gasp> ties. This clearly reflects the evolution of technology from something for geeks to something that solves business problems. IBM has obviously embraced this with their Smarter Everything mantra. This speaks directly to the CxO level and very little if at all to the deep technology person.”

Rhodin says the common thread woven across the entire IBM portfolio is the essential role of analytics. “To compete in this era it’s imperative we build a new set of skills,” he said.

Moreover, while Rhodin acknowledged competition with standalone products in the social and analytics spaces, he said customers would have to buy up to 12 separate products to deliver the functionality of the IBM social business platform.

“What we see is that standalone social is a tool, but social business is an overall thing and we’re the only company that has that,” Rhodin said. He added that IBM has “amassed a pretty sizable Software as a Service business, but we just don’t share those numbers.’ When asked if it rivaled Salesforce.com, Rhodin replied that IBM is “not out of that league.”

Yet, IBM is actually in a fascinating position, he said. “On the one hand, I love the vision. IBM is promising and, to a large extent, delivering a solution that only IBM could deliver. Their product portfolio is comprehensive, surrounded by a complete set of services. On the other hand, this is a market that’s still building bottoms up, where IBM is very, very weak. They talk about how they have no problems getting into to talk to the C-suite but I’m not sure that it’s delivering commensurate business results. This Smarter Everything approach requires buy-in at very high levels and that surely lengthens their deal time. There are others who raise legitimate questions about whether IBM’s getting the return on its software investments so far.”

Basically, IBM is making a big bet that the future of technology is a huge, high level business solution, which moves it far afield from its traditional Lotus customer, and brand, Yarmis opined. But analysts love situations where what vendors are saying drifts very far from what they’re really selling, and what the customer is buying. IBM is dangerously close to that situation,” Yarmis added.

“But I understand, and support, what they’re trying to do,” Yarmis said. “This market is undergoing a long-term evolution and it’s hard to turn that battleship, both IBM’s and its customers. IBM is going to have to keep telling this story over and over until it sticks. It will lead in the short term to situations like this conference, where there’s an uneasy connection between the past and the future, between the legacy technologists and the new business approach. Each year, though, it will get a little easier and a little more cohesive.”

For his part, Rhodin said he believes social business is transforming IBM. The company’s 450,000 workers are all fully deployed on the IBM social business platform and are able to collaborate for things such as finding people like themselves for projects and things.

“In a traditional, conventional company asking for help can be hard, but the social platform makes that easy,” Rhodin said. “Social culture is taking hold and it’s happening at Internet speed.”

For now IBM is continuing to focus on its social platform and to look at what is needed for the next generation of that platform. From there, Big Blue will make decisions on what technologies and features to add to the core platform, which ones might be candidates for acquisition, and which ones can be attained through partnerships.

IBM has spent more than $16 billion on 30 analytics acquisitions over the last five years and is slated to spend up to $20 billion by 2015 as part of a five-year roadmap strategy.