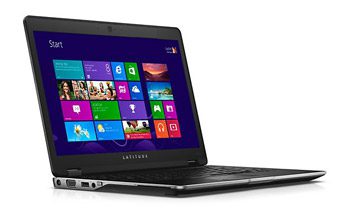 Microsoft has revealed that its forthcoming update to Windows 8, code-named “Blue,” has an official new, if unsurprising, name.

Sometime before the new year, Microsoft is planning to release Blue as Windows 8.1. Tami Reller, who serves as both chief financial officer and chief marketing officer for the company, made it official at the JP Morgan Technology, Media & Telecom Conference on May 14 in Boston.

During the event, she said that later this year, “Windows 8 and Windows RT will get even better. What has been code-named Windows Blue will now be officially called [Windows] 8.1.”

Reller added that “Windows 8.1 will be delivered as a free update to Windows 8 and to Windows RT.” She also indicated that the company is working to make it a user-friendly upgrade, asserting that it “will be easy to get right from the Windows Start screen through the app store.”

When Windows 8.1 rolls around, it will be “very seamless and easy for a customer to get Windows 8.1,” said Reller.

Enterprises also have a reason to look forward to the update. It will give “them that much more confidence to be able to deploy Windows 8 devices, whether that’s tablets or PCs,” she said. Windows 8.1 is expected to address many of the issues that have dogged the operating system since its release and build renewed hype for Microsoft’s flagship offering.

And just in time, too.

Despite selling 100 million Windows 8 licenses since launch, Microsoft’s newest OS has failed to reverse the slide in PC sales. During the first quarter of 2013, PC vendors suffered the “worst-ever quarter” since IDC began tracking the market in 1994.

“At this point, unfortunately, it seems clear that the Windows 8 launch not only didn’t provide a positive boost to the PC market, it’s actually hurt the market,” said Bob O’Donnell, IDC program vice president of Clients and Displays in company remarks.

According to reports, Windows 8.1 will introduce several new enhancements, including the oft-requested option to bypass the tiled, touch-optimized Start screen and boot straight to the desktop. It is also expected to feature support for smaller, 7- and 8-inch tablets, helping Redmond compete in the booming market for small tablets, which is currently dominated by devices like Amazon’s Kindle Fire and Apple’s iPad Mini.

Other enhancements include deeper Bing search and SkyDrive integration. Version 11 of the company’s venerable Internet Explorer browser is also expected to arrive with the update.

For now, the public will have to wait over a month to test Windows 8.1. Reller announced that an “early look at Windows 8.1 will be available at our Build conference starting on June 26 in San Francisco.” The prerelease code “will be available for anyone to download” at that time, she added.