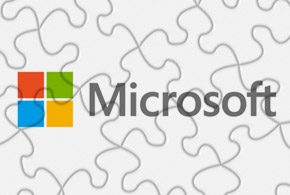 Tech watchers interested in Microsoft now have an alternative to poring over financial statements, press releases and the obscure corners of the Redmond, Wash.-based company’s massive Website.

Microsoft has revamped its By the Numbers site, announced Frank X. Shaw, corporate vice president of Communications for the company. Sporting a more mobile-friendly and animated design, the site allows users to explore the company’s major milestones or delve into more obscure facts.

“We’ve tallied some of the ways Microsoft is helping people all over the planet achieve more each day—and we’re keeping tabs on some less momentous stuff, too,” wrote Shaw today in a blog post.

“First, did you know Skype Translator can translate your voice calls in six different languages and your instant messages in 50 of them? That means people around the globe can not only connect but truly communicate, hopping over language barriers of the past to talk to each other in real time,” Shaw said.

In another example, the site reveals that Office has been downloaded over 100 million times on iPhones, iPads and Android mobile devices. Often criticized for dragging its feet on bringing its productivity apps to competing mobile platforms, Microsoft finally released Office for Apple’s iPad last year.

Adoption has been similarly brisk for the company’s newest operating system. Windows 10, which launched on July 29, is already running on 75 million devices. According to the latest figures from Net Applications, a Web analytics firm, the OS managed to nab over 5 percent of the desktop OS market in its first full month of availability.

Hotmail’s successor, Outlook.com, has more than 400 million active users, according to the company’s data. Xbox Live, the online multiplayer service and gamer community, has more than 48 million members spread across 42 countries.

On the cloud front, the site reveals that 40 percent of Microsoft Azure revenue is generated from startups and independent software vendors (ISVs). Over 20 percent of the virtual machines on Microsoft’s cloud are Linux.

Some more obscure facts are also on display.

Microsoft’s fiber optic network stretches the equivalent of three round trips to the moon, according to the company. Its data centers, which are built according to a modular or containerized data center design philosophy, use half the power of traditional IT facilities.

Microsoft Research is home to five winners of the A.M. Turing Award, or the “Nobel Prize of computing,” according to Shaw. They are Jim Gray, Tony Hoare, Leslie Lamport, Butler Lampson and Chuck Thacker. The Microsoft Art Collection houses 4,728 pieces of art, making it one of the largest corporate collections in the world. Among the pieces is part of the Berlin Wall.

The company’s philanthropic efforts include donating an average of $2.6 million in software each day to 86,000 nonprofits. Microsoft employees had donated over $1 billion to 31,000 charities to date.