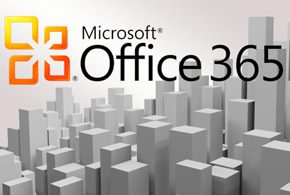 Office 365 customers now have another tool to help them prevent leaks of sensitive information from Office data files.

Now, in the June update for Office 365, some of those capabilities have been incorporated into the Office applications for Windows desktops, making the jump from the mobile Office apps for Windows phone and tablets.

“WIP helps prevent accidental data leaks while letting your employees maintain control over their personal data. They can simply designate content created in these apps as ‘work’ or ‘personal,’ so your IT department can protect or remove only business data,” wrote Koenigsbauer in a company blog post.

As cloud-enabled business applications gain in popularity, many enterprises are having a tough time keeping a lid on their critical data.

Businesses that focus their DLP efforts on the applications and tools their workforces use daily may have fewer leaks to plug in the long run. “Collaboration services are quickly displacing more traditional ways of communication and collaboration like email, and that means that more data is being shared inside of those services,” remarked Sanjay Beri, founder and CEO of Netskope, in a statement.

WIP support is available in Word, Excel, PowerPoint and Outlook for customers with Office 365 commercial plans and Windows 10 Enterprise E3 or E5 licenses.

Also for Office 365 commercial customers, Microsoft has kicked off a public preview of its Forms tool. Previously available to Office 365 Education customers, Forms now enables business users to quickly create pools, surveys and quizzes that they can distribute to colleagues, customers and partners.

Results are tabulated in real-time and users can get immediate feedback from the Responses tab, which offers information on the status of a form (number of responses, average completion time and active/inactive status) along with charts that visualize response data. For deeper analysis, Forms data can be transferred to Excel in one click.

Forms is available now to organizations enrolled in the Office 365 First Release ring and will be available to all customers in the coming months, according to Microsoft.