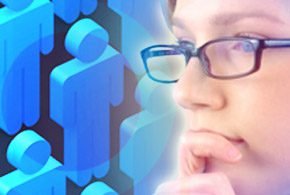 Microsoft highlighted social media features in SharePoint 2013, unveiled Nov. 12 in Las Vegas, that come from its acquisition of Yammer in June, and which were noticeably lacking from earlier SharePoint iterations.

At a Microsoft-sponsored user conference that drew a reported 10,000 attendees, Microsoft executives touted a number of new features in the new SharePoint, including integration with Yammer, which Microsoft acquired for $1.2 billion.

Asked how the company could afford to do that, Jared Spataro, senior director of product marketing for SharePoint, resurrected the old joke about how “We’ll make up for it in volume,” then added, “But that really is the plan here.”

“The vision for us is this idea that, over time, social really needs to feel like the air you breathe and it needs to be acceptable to anyone to get their work done,” Spataro said.

By integrating Yammer into SharePoint, Microsoft is now addressing a shortcoming SharePoint has been criticized for in the past.

“SharePoint isn’t the socially aware work collaboration offering it had once purported it to be,” eWEEK reported June 26 in the wake of the Yammer announcement. “SharePoint inherently lacked some key capabilities … that workers are accustomed to using today.”

SharePoint 2013 “is implementing far deeper integrations” with Yammer and vice-versa, said Adam Pisoni, a co-founder of Yammer and now general manager of Yammer for Microsoft.

“All of the files in Yammer can actually be stored within SharePoint or SkyDrive Pro,” Pisoni said, “and yet you’ll be able to preview them, edit them, comment on them, or follow them all from within Yammer or SharePoint.”

Also new in SharePoint is an improved user interface, which addressed another shortcoming in earlier versions relating to how documents could be shared. Microsoft increased by a factor of four the number of engineers assigned to working on the user interface for SharePoint 2013, from the previous version, said Jeff Teper, a corporate vice president for Microsoft. SharePoint 2013 “is not a minor ‘dot’ release,” Teper said in a keynote address at the user conference.

User experience improvements include the ability to share documents inside or outside the organization with a single click, drag and drop content into document libraries and create new sites in just a few seconds.

With SkyDrive Pro, he said, enterprises can manage content stored in the cloud, set quotas on the amount of content stored there and secure data involved in e-discovery, which is the term for data that needs to be sequestered because it could become evidence in a lawsuit years later.