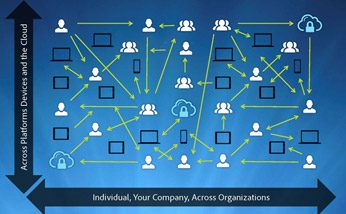 Technology giant and Skype parent Microsoft is integrating its chat service, Windows Live Messenger with the voice over IP service, according to a Nov. 6 blog post from Skype, a move that signals the essential retirement of the world’s most popular instant messaging service. By updating to Skype, Messenger users can instant message and video call their Messenger friends, wrote Tony Bates, president of Microsoft’s Skype division. Microsoft bought Skype last year for $8.5 billion.

Once users update to Skype, Messenger users can expect broader device support for all platforms, including Apple iPad and Google Android-based tablets; the ability to do instant messaging, video calling, and calling landlines and mobiles all in one place; and features such as sharing screens, video calling on mobile phones and with Facebook friends, along with group video calling. To make the switch, users select the option to sign in with their Microsoft accounts on the sign-in screen, where they will be asked if they are already using Skype or are a new user.

“Our goal remains to deliver the best communications experience for everyone, everywhere. We want to focus our efforts on making things simpler for our users while continuously improving the overall experience. We will retire Messenger in all countries worldwide in the first quarter of 2013 (with the exception of mainland China where Messenger will continue to be available),” Bates wrote. “We will work with you over the next few months to help you transition and offer information and help along the way. To help you learn how to get the most out of Skype, be on the lookout for some special offers later this year as you join your Messenger friends in the migration.”

Microsoft is tightly integrating the Skype communications technology into Windows 8, with the company making it a key feature in the operating system, putting it front-and-center when a user launches the latest version of the operating system. Microsoft also enabled Skype to work seamlessly with the Windows 8 People app, a cloud-based contact list and address book. Users logging into Skype via their Microsoft account will see all their Skype contacts showing up in the People app. In addition, Skype will not be a significant drain on the system’s battery while it runs in the background, according to an Oct. 22 post in The Big Blog from the chief development and operations officer at Skype, Mark Gillett.