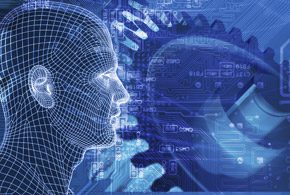 The technology titan is bullish on AI lately and that zeal is extending beyond its own product portfolio and into its investment strategy. Late last year, Microsoft Ventures invested in Element AI, an AI research lab and incubator based in Montreal, using a new fund earmarked for AI investments.

The latest AI innovator to catch Microsoft’s attention is Agolo, a New York City software maker that uses contextual AI to analyze content and distill it into summaries that deliver key points to users depending on their interests. On May 3, the startup announced it had raised $3.5 million in a round of financing led by Microsoft Ventures and CRV.

Remarks from Nagraj Kashyap, corporate vice president at Microsoft Ventures, reveal how Agolo’s technology aligns with Microsoft’s focus on productivity technologies that help “empower every person and every organization on the planet to achieve more,” according to the company’s mission statement.

“By applying its summarization system to news, chat, voice and video content, Agolo enables efficient consumption of large amounts of data, increasing productivity in the workplace,” Kashyap wrote in a blog post. “The company’s AI platform can analyze thousands of documents and produce a summary of key points, specific to the user’s interests, in real time.”

Meanwhile, Berkeley, Calif.-based Bonsai creates software that allows for the automated management of machine learning algorithms and libraries. The company announced it had raised $7.6 million in a round of financing led by Microsoft Ventures and NEA, an extension of a Series A round that brings the company’s total haul to $13.6 million.

“Microsoft aims to democratize AI, and Bonsai is executing on this vision by abstracting away the complexity of machine learning tools, enabling developers and enterprises to more efficiently program intelligence,” said Kashyap in a separate statement.

It’s a good time to be an AI startup in search of financing.

Earlier this week, Bitfusion announced it had raised $5 million in a round headed by Vanedge Capital. The Austin-based virtualization startup specializes in helping developers build and deploy deep-learning applications with a system that shares and dynamically scales compute power.