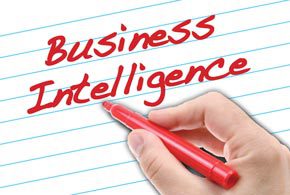 Microsoft’s partnership with Salesforce has officially expanded into the realm of business intelligence and analytics.

Now Office 365 users can plumb the depths of their Salesforce data for business insights, announced Microsoft.

“This month we’re including the Salesforce connector as a mainstream Power Query feature,” said Miguel Llopis, a Microsoft Power BI program manager, in a statement. The feature, part of a batch of November 2014 updates for Power Query, “allows customers to connect to their Salesforce accounts and import data into Excel.”

The software establishes a one-way connection, alleviating concerns that an organization’s Salesforce data may end up altered. In a related blog post, Microsoft explained that “Power Query connects on behalf of the user and only has access to the user’s data. The Salesforce API is used in a read-only manner, letting users access the data without making changes.”

Power Query then gives users the option of importing data directly from Salesforce objects or reports built in the cloud business software.

Selecting the Salesforce objects option, which connects to underlying object tables, “displays a full list of all objects to which the user has access. Users can choose one or more tables and import them into the workbook,” stated to the company. Leveraging the Reports API, the latter option “lets users access data in a form similar to what they see in Salesforce, without having to connect to the underlying objects and rebuilding these views on top.”

Organizations can then add more data sources to the fray. “Once in Excel, users can combine their Salesforce data with other relevant data using the wide range of connectors available in Power Query,” stated the company.

Also new is the ability to disable or customize “the column name prefix for columns generated by an Expand Column operation.”

A checkbox appearing under the Expand Column dropdown menu gives users the option of opting out of the prefix. “Before this update, new columns would contain the original column name as prefix and users not wanting this prefix would have to manually remove it from each column afterwards (either via Column Rename or by modifying the generated Expand Column formula),” Llopis said. A new field in the Expand Columns dialog box permits prefix name changes.

Rounding out this month’s Power Query updates is an expanded Query Editor File menu and an Advanced Editor context menu item that provides quick access to the feature while working with multiple queries in the Query Editor.