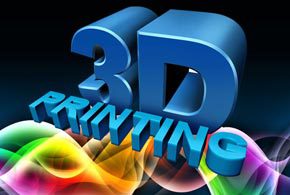 Raspberry Pi is at the center of countless Internet of things (IoT) projects and experiments. The latest, courtesy of Microsoft, is networking 3D printers in multiuser Windows environments.

“In this initial release, we’ve added network (both Wi-Fi and wired) and Windows 3D print platform support for more than a dozen well-known and brand new evolutions of 3D Printer,” wrote Billy Anders, director of program management for Microsoft Windows IoT, in a blog post.

The list of supported 3D printers includes the Lulzbot Taz 6; Makergear M2; Printrbot Play Plus and Simple; the Prusa i3 and i3 Mk2; and Ultimaker’s Original, Original+, 2, 2+, 2 Extended and 2 Extended+.

Microsoft expects the list to grow and is fielding requests using a dedicated email address ([email protected]). While the software may offer technology enthusiasts and 3D print shops a handy way of initiating print jobs over a network, Microsoft noted that it also provides 3D printer manufacturers a way to embed Windows-compatible network functionality into their own hardware.

“Once you have the Network 3D Printer UWP [Universal Windows Platform] app running on your Windows 10 IoT Core device, it will broadcast its presence on the network, and anyone connected can easily add it using Windows 10 Settings, same as you would with any other network device,” continued Anders. Once configured, users can print their creations or downloaded models using Microsoft 3D Builder or other 3D printing apps.

Microsoft isn’t alone in its pursuit of IoT and 3D printing technologies. Another company with an intensifying interest in both is HP Inc.

Earlier this month, the PC- and printer-focused company—not to be confused with Hewlett Packard Enterprise, the other company to emerge from Hewlett-Packard’s breakup last year—announced the launch of its HP Tech Ventures investment arm, a group charged with funding startups working in a broad range of emerging technology areas, including the IoT and 3D printing. In addition to early stage funding, HP Tech Ventures can link tech startups with the company’s suppliers along with its massive network of manufacturing and distribution partners.

“The next technology revolution is shifting towards strategic markets that speak to HP’s strengths. With our global brand and broad reach into consumer and commercial markets worldwide, HP can help startups bring product to market, build their business and scale in the global marketplace as they grow,” said HP CTO Shane Wall in a statement.