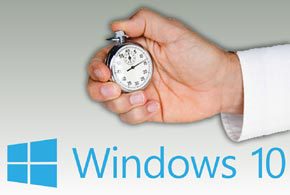 Microsoft will begin rolling out the Windows 10 Creators Update on April 11, but experienced Windows users can get their hands on the software several days earlier.

“For the those of you who are eager to get the Creators Update right away, you will be able to initiate the update manually, starting on April 5th, via Update Assistant,” John Cable, director of program management at Microsoft Windows Servicing and Delivery, stated in a March 30 announcement. “This option is intended for advanced users on devices running a licensed version of Windows 10.”

Update Assistant is a utility offered by Microsoft to help guide users through the update process when major new editions of the Windows operating system are released. It ascertains whether a PC is compatible with the update, downloads the required software components and kicks off the upgrade process while verifying the integrity of the data to help avoid mishaps.

For those users who don’t mind the wait, the software giant is releasing Windows 10 Creators Update in phases.

First, Microsoft is targeting “newer devices” the company had tested with its OEM (original equipment manufacturer) partners, said Cable. After gathering feedback, the company plans to open the floodgates. All told, it may take months before millions of eligible systems across the globe receive the update.

According to Microsoft’s latest tally, more than 400 million devices are running Windows 10.

During the installation process, users will be presented with new privacy options. Since the launch of the original version of Windows 10 without the Anniversary Update or the Creators Update has stoked concerns among privacy watchers.

In addition to services that gather system telemetry and application usage data, Windows 10 shipped with Cortana, a voice-enabled virtual assistant that connects to Microsoft’s cloud and learns more about users and their behaviors. Over time, Cortana delivers better recommendations and complete tasks more effectively based on the data collected by the artificial intelligence based digital assistant.

The new privacy settings in Windows 10 Creators Update feature a Basic telemetry data setting that transmits less than the same setting in the Anniversary Update. The Full setting is more comprehensive in its data-collection and can record user content if the operating system detects a system or application crash, warned Microsoft. Gone is the Enhanced setting, which formerly split the difference between Basic and Full.

Windows Phone users have a bit of a longer wait. Microsoft will begin distributing the Windows 10 Creators Update for Windows Phone just before the end of April.

“Windows Phone will follow the same phased approach, with rollout scheduled to begin April 25. Note that update availability may vary by manufacturer, model, country or region, mobile operator or service provider, specific installed software, hardware limitations and other factors such as feedback from customers,” Cable added, to temper expectations.