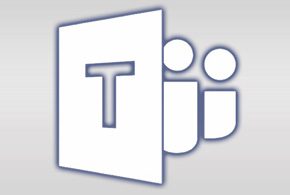 Teams, a business group chat and collaboration service for Office 365, is generally available, Microsoft announced today. Teams is included in the Business Essentials, Business Premium and Enterprise E1, E3 and E5 Office 365 plans. Customers who purchased an Enterprise E4 plan before it was retired can also access the service.

Microsoft Teams is the Redmond, Wash. software giant’s response to Slack, the fast-growing workplace chat service that has emerged as a favorite among technology startups and cloud-first companies. Microsoft describes Teams as a chat-based workspace for Office 365, and as such it naturally integrates with several of the productivity suite’s applications.

“The Office 365 applications and services that people use every day—including Word, Excel, PowerPoint, OneNote, SharePoint and Power BI—are built into Microsoft Teams, giving people the information and tools they need,” said Kirk Koenigsbauer, corporate vice president of the Office group at Microsoft, in a March 14 announcement.

For a time, another feature distinguished Teams from Slack: threaded messaging. However, Slack closed that gap in January when it introduced its own Threads feature, enabling users to create nested conversations from select messages.

“The same tactics Microsoft used in prior turf battles will be used to try to mute Slack’s rise,” said Arnette, noting that “in the early 2000s Microsoft made a full-on assault to push Exchange server into every business by displacing once popular systems by Novell (GroupWise) and IBM (Notes and Domino),” in email remarks sent to eWEEK.

Slack is hardly defenseless, however. “Slack wooed IBM to join them, in an example of ‘the enemy of my enemy is my friend,” Arnette continued. “Normally IBM, Microsoft and Slack would all be competing with each other, but IBM has decided to cozy up to Slack instead, making it a greater challenge for Microsoft to conquer.”

Last October, Slack and IBM announced a partnership that would bring the latter’s Watson cognitive technologies to Slack’s collaboration platform and its bots. By infusing artificial intelligence (AI) into the Slack platform, the companies envision an ecosystem of services and bots that can assist professionals in completing tasks and help users find answers, while growing smarter over time.

Microsoft is also betting on bots.