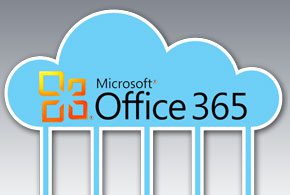 “In November, we introduced Office Insider, a preview program that allows Office 365 consumer subscribers to get early access to the latest Office innovations. We initially launched the program for Windows desktop, Android and Windows 10 mobile users,” said Koenigsbauer in a Jan. 21 announcement.

“Now, Mac users can also get early access to Office innovations. It’s simple to get started. Just opt-in to the Office Insider build from the Microsoft Auto Update (MAU) tool on your Mac,” he instructed.

Similar to Windows Insider, the Office Insider program grants members access to Office 365 updates before they are made generally available. In addition to testing prerelease code, “insiders” can provide feedback that helps inform the final release of upcoming software.

Welcoming Mac users into the program is another sign that out-of-sync Office releases for Apple PCs are a thing of the past.

Lately, Microsoft has been working to harmonize the Windows and Mac Office experience. In fact, the company released Office 2016 on the Mac months before the Sept. 22 launch of its Windows counterpart.

For iPad and iPad Pro users, Microsoft has added new inking tools and enhancements, including a new instant-inking capability that recognizes active styluses like the new Apple Pencil and allows users to annotate documents and add scribbles without first enabling the feature in a menu. For easier access and finer control, a new Draw menu item appears prominently near the top of an Office app’s UI.

The iPad app can also convert hastily drawn blobs into crisp, pixel-perfect shapes. By toggling the Convert to Shapes option in the Draw menu, users “can easily transform hand-drawn shapes to perfect looking shapes for simple creation of highly customizable diagrams and process flows. Sketch two quick circles for an easy Venn diagram or draw a process flow of squares and arrows in just a matter of moments,” said Koenigsbauer.

Word’s real-time co-authoring capabilities have made the jump to PowerPoint Mobile for Windows.

On the desktop, PowerPoint 2016 for Windows now displays real-time presence information to show where other users are working within a document. “We are also excited to announce that basic co-authoring and AutoSave capabilities will be available to Office Insider participants in the next Preview builds of Word and PowerPoint for Android,” added Koenigsbauer. “Word and PowerPoint for iPhone and iPad already support these collaboration features today.”