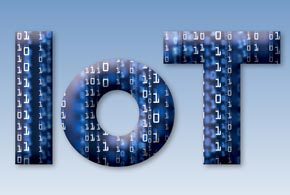 Microsoft’s business intelligence and analytics product, Power BI, is already helping enterprises keep an eye on key business metrics by transforming big data into charts, tables and other visualizations. Now, Azure Stream Analytics customers can use the cloud-based tool to convert Internet of things (IoT) data into insights that update in real time.

This week, Microsoft released a new output connector for Power BI, ushering in the creation of interactive, live dashboards that offer users an up-to-the-minute overview of their IoT device deployments.

“This will dramatically reduce the latency and time to action on your most important business metrics,” said Ryan CrawCour, a program manager at Microsoft Azure Stream Analytics, in an April 21 announcement. “We have been working with hundreds of customers in public preview to visualize data from sensors, business applications, social media, user logs, etc.”

The connector can help eliminate several steps involved in building an analytics solution, said CrawCour. In addition to ingesting, processing and storing data in a database, drawing insights from IoT sensors, devices and applications often requires developers to build custom software that is in constant communication with the database. Further, they are also often required to build the end-user dashboards.

Ultimately, the new integration can reduce complexity and add a new level of responsiveness to IoT-enabled business processes, added CrawCour. “Real-time dashboards provide a live view of the metrics that matter most to your business allowing for faster time to insight and action.”

Meanwhile, Microsoft is offering customers a behind-the-scenes look at how IoT Hub handles a sudden influx of data.

In blog post, Nicole Berdy, a Microsoft Azure IoT program manager, explained that IoT Hub runs on the same hardware that runs other customer IoT Hubs, thereby making it a shared resource. To keep the service from collapsing under denial of service-like spikes in usage and affecting other customers, Microsoft throttles device connections, device-to-cloud telemetry, requests and commands as they flow through the service.