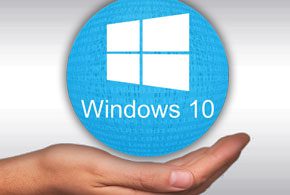 Microsoft has officially released Windows Admin Center, a free tool that promises to streamline how administrators manage their Windows Server and Windows 10 systems.

Windows Admin Center first debuted under the code name Project Honolulu in September 2017, a lightweight, browser-based management tool intended to narrow the gap between user-friendly graphical management solutions like the Microsoft Management Console (MMC) and PowerShell, the robust command-line interface. And this approach appears to be catching on.

According to Microsoft’s estimates, the software has been downloaded more than 50,000 times and has been deployed by over 25,000 customers. In total, more than 250,000 unique connection instances have been established with the tool.

Now, after months in beta, Windows Admin Center is ready to be used in production environments while decluttering the digital workspaces of IT professionals.

“If you’re an IT administrator managing Windows Server and Windows, you probably open dozens of consoles for day-to-day activities, such as Event Viewer, Device Manager, Disk Management, Task Manager, Server Manager—the list goes on and on,” wrote Samuel Li, Windows Server principal program manager lead  and Vinicius Apolinario, a senior product marketing manager for Windows Server at Microsoft, in an April 12 announcement. “Windows Admin Center brings many of these consoles together in a modernized, simplified, integrated, and secure remote management experience.”

Microsoft is gauging customer demand, but the prospects are dim. “Windows Admin Center relies on PowerShell capabilities and platform technologies that don’t exist in Windows Server 2008 R2 and earlier, making full support infeasible,” according to the Admin Center support documentation. Microsoft is urging customers that are still using Windows Server 2008 to upgrade or migrate to Azure since Microsoft will stop supporting that version of the operating system in January 2020.

Although the software is browser-based, it does not require an internet connection, nor does it rely on Azure Cloud for its functionality. Over time, Microsoft plans to add Azure integrations but they will not be required to use the software. Windows Admin Center currently supports the Microsoft Edge and Google Chrome browsers on Windows 10 version 1709, commonly known as the Windows 10 Fall Creators Update.

In terms of extensibility, the Windows Admin Center SDK private beta is available to select partners. The company plans to open the preview program to the public soon.