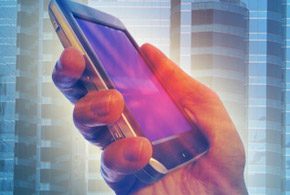 Microsoft has released an update for its OneNote Windows Store app, improving the app’s ability to capture, view and search notes, according to the company.

The update leverages the Windows 8.1 Share Charm to simplify screen captures and share them across devices. Selecting OneNote in the Share Charm menu offers a Send command, which can be used not only to store captured content, but also to sync it across devices. A new screenshot function, also accessible via the Share Charm, allows users to capture an image of the content as it appears on their screens.

To help manage and search for information that exists off-screen in the physical world, Microsoft enlisted optical character recognition (OCR) technology. Using OneNote’s Camera Scan function to capture an image of a document now digitizes and indexes text, allowing users to copy text from the image or run a text search for its contents.

As its name suggests, the new Recent Notes view displays notes in the order that they were edited. Keeping with the theme of syncing across devices, even non-Windows ones, Recent Notes will surface notes “whether it was a quick reminder to yourself on your Android phone, a poem you wrote on your iPad, or the recipe you captured on your Surface Pro 2.” Recent Notes also displays previews, complete with text, images and ink, for an at-a-glance look at new content.

A new Full Screen view helps users make the most out of their available screen real estate. “On smaller devices, OneNote will enter Full Screen mode automatically for you,” informed the company.

Recalling Henry Ford’s famous quote about the Model T, Microsoft said that following last year’s release of the OneNote Windows Store app, “you could take ink notes with a stylus in any color you wanted, as long as it was black.” The palette has been expanded for the new version.

The OneNote team has “added the ability to take notes in the color and thickness of your choice, plus the ability to draw with your finger,” said the company. In addition, Microsoft improved its digital ink technology so that writing “feels more natural.” A round of bug fixes rounds out this update.

The changes were made in response to an expanding Windows device ecosystem. The OneNote team was “inspired by Windows 8.1 and the new devices that are perfect for note-taking: tablets with pens, such as Surface Pro 2, and smaller tablets, such as the Dell Venue 8 Pro,” said Microsoft in a blog post.

In the months leading up to the Windows 8.1 launch, Microsoft made moves to cash in on the mini-tablet craze. In March, the company quietly slipped in revised Windows 8 certification requirements, opening the door for small tablets (under 8 inches). At Computex, Antoine Leblond, corporate vice president of Windows Program Management, discussed the company’s efforts to drive hardware innovation through Windows, which included embracing mini slates.