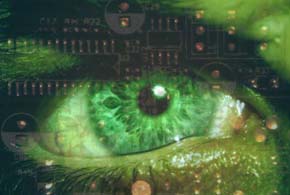 The rivalry between Microsoft and Google is spilling over into the realm of physical merchandise.

The online Microsoft Store, currently festooned for the holidays, has a new section called the Scroogled Store. While the selection is limited to a handful of items, the intention is clear: Microsoft is pushing its anti-Google marketing campaign into retail and attempting to ring up some sales in the process.

Products include a mug, baseball cap, hoodie and an assortment of T-shirts, all bearing phrases and/or imagery that recall Microsoft’s crusade against Google’s Web and cloud services slate. Prices range from $7.99 to $25.99 with free shipping.

One T-shirt apes Google’s logo, spelling out Scroogled instead. Its description reads, “A classic that shows the world that you’re tired of having your digital life monetized by Google.”

Another T-shirt depicts a Google Chrome-themed spider and the words, “Step into our Web.” Microsoft warns, “If you use Gmail, Google Search, Gchat or Google+, you’re a fly trapped in Google’s web.” Featuring a play on the popular British catchphrase, the mug shows the Chrome logo accompanied by the words, “Keep calm while we steal your data.” At present, it is out of stock at Microsoft’s online store.

Google appears to be taking it all in stride. Company representatives told Slate on Nov. 21, “Microsoft’s latest venture comes as no surprise; competition in the wearables space is really heating up.”

A Microsoft spokesperson told the site earlier, “The T-shirts and the mugs are just a way for people to express their concerns with Google in a different way, but sort of a fun way.”

Microsoft revived the Scroogled campaign in February to help promote Hotmail’s successor, Outlook.com. The ad campaign included a video wherein the narrator cautions that Google “crosses the line and goes through every single Gmail.”

Over at Scroogled.com, a domain owned by Microsoft, the company asserts that “Google goes through every Gmail that’s sent or received, looking for keywords so they can target Gmail users with paid ads.” What’s more, users have “no way to opt out of this invasion of your privacy,” argues Microsoft.

In contrast, “Outlook.com prioritizes your privacy,” claims Microsoft. The company states that its Outlook.com, Hotmail and Office 365 email services “do not use the content of customers’ private emails, communications, or documents to target advertising.”

Armed with data from a Microsoft-commissioned study conducted by GfK Roper, the Redmond, Wash.-based software maker made an effort to attract attention to its cause. The company said in Feb. 6 press remarks that “70 percent of consumers don’t know that major email providers routinely engage in the practice of reading through their personal email to sell ads.” A vast majority (88 percent) disapprove of such practices once they are informed, according to Microsoft.