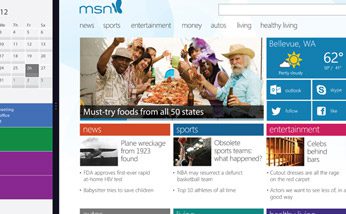 Microsoft’s troubles in the European Union have hit a new high. The company was hit on March 6 with a massive fine by competition regulators in the Union. That fine, which will cost Microsoft $732 million, is on top of the billions Microsoft has already paid out to regulators.

The trouble this time around has to do with the so-called “browser ballot” that Microsoft was forced to bundle with Windows. Agreed to in 2009, the browser ballot requires that the software company give customers the option to choose a browser from a selection when they bought a new Windows PC or installed a new version of Windows.

This was supposed to resolve a long-standing complaint that Windows users had no choice but to run Internet Explorer browser by default. The EU believed that the move would improve competition in the workplace. That is, if Microsoft followed the rules.

However, for whatever reason the browser ballot wasn’t working and EU officials have reason to believe that Microsoft was failing to adequately support it. Now, EU regulators have hit Microsoft with a massive new fine.

Read on to learn more about the origins of the troubles Microsoft is having with the European Union:

Google might have been behind the issues Microsoft is having with the European Union, according to some reports. It’s believed that the company tipped off the European regulators to tell them about the omission. Google, of course, hasn’t confirmed that it actually threw Microsoft under the EU bus. But it’s certainly an interesting move, if it’s true.

2. It’s about the browser selection

Microsoft previously bundled Internet Explorer into Windows and didn’t offer give customers the option to install other browser. The EU didn’t like that, so it forced Microsoft to offer users an opportunity to download other browsers. This has nothing to do with Windows functionality or its dominant stance in the marketplace and everything to do with browsers.

3. It dates back years

The browser ballot is a long-standing issue. In fact, the company agreed to offer it in 2009. So, for a few years, things were just fine. But now they’ve changed and Microsoft is in trouble because of it.

4. Microsoft omitted the browser ballot for over a year

For a little over a year, Microsoft’s browser ballot wasn’t being displayed in Windows. What’s worse for the software company, the omission wasn’t even discovered until July 2012—nearly three years after Microsoft first agreed to offer the ballot. But as soon as several months lapsed without offering a ballot, Microsoft was in trouble.

5. Internet Explorer is on the decline

The browser ballot wasn’t a good thing for Microsoft. Prior to its arrival, the software giant was delivering the vast majority of Web pages in Europe. Now, though, its browser has given way to Google’s Chrome as the continent’s most popular browser.

6. The EU has a problem with Microsoft

The EU has a major issue with Microsoft. For years now, the governing body has criticized Microsoft’s position in the software market and done its best to tear it down. So far, Microsoft has paid over $1 billion to the European Union to escape its regulatory grasps. And by the look of things, the EU isn’t ready to give up.

8. Microsoft blames it on a bug

So, why did the browser ballot stop working? Blame it on a bug. The company said that there was a “technical error” in Windows 7 Service Pack 1 that left the ballot inoperative from February 2011 to July 2012. No one inside the company apparently noticed the problem for that period of time.

9. Microsoft could fight it

Don’t expect Microsoft to take its impending fine lying down. The company could fight the fine and claim that it was a simple mistake and that it shouldn’t have to pay such a huge fine for it. Whether or not the defense will work, however, remains to be seen. As noted, the EU hasn’t been lenient with Microsoft before.

10. More sanctions could be coming

There’s a good chance that a fine won’t be Microsoft’s only problem. In the past, when its expectations were not met, the EU has leveled significant sanctions against companies competing on the continent. There’s a chance that in addition to a fine, Microsoft might be hit with some additional sanctions and regulations.