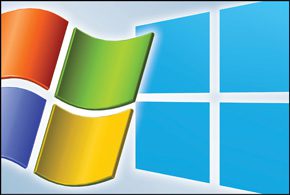 According to the latest figures from Web analytics company Net Applications for the full month of November, the latest edition of Microsoft’s flagship OS has 9 percent share of the desktop OS market. Only two other OSes—Windows XP (10.6 percent) and 8.1 (11.2 percent)—stand between Windows 10 and the current leader, Windows 7 (56.1 percent).

Knocking Windows XP down the ranking would be a symbolic victory for the company. Despite pulling support for Windows XP a year and a half ago—meaning no more security patches and bug fixes—the 14-year-old system software remains active on millions of machines.

StatCounter, another assessor of Web activity and trends, reported last month that Windows 10 had already surpassed its long-in-the-tooth forebearer with 10.18 percent of the desktop OS market versus a dwindling 8.5 percent for XP. Windows 7 is still the OS to beat with a 49.3 percent share of the market.

Windows 10 is also having a measurable impact on the market for Windows smartphones, according to advertising network AdDuplex.

Microsoft faces an uphill battle catching up to Android and Apple iOS, however. During the second quarter of 2015, Windows captured a mere 2.5 percent of the worldwide smartphone market, compared with 14.6 percent for iOS and 82.2 percent for Android, according to Gartner.

Despite some challenging prospects on the smartphone front, Microsoft’s leadership is pleased with Windows 10’s rate of adoption.

“Now more than 110 million active devices are running Windows 10. We are well on our way to reaching 1 billion Windows 10 active devices,” said Satya Nadella, CEO of Microsoft, referencing the company’s audacious goal of placing the OS on a billion devices by mid-2018 during an Oct. 22 investor conference call. “People are moving from needing to choosing to loving Windows.”

Naturally, as a free upgrade many consumers were quick to jump onboard, Nadella noted. “The majority of the upgrades in the first 10 weeks were naturally from consumers and are three times that of Windows 7 over the same time period after launch.” Some businesses are also giving the OS an early spin. “We are also seeing a fast start to business adoption with more than 8 million business PCs now running Windows 10,” he added.

Moreover, Windows 10 is lifting demand for apps and Microsoft’s other services. Nadella reported that developer revenue per download had “grown four times since the Windows 10 launch” and that users had asked Cortana, the operating system’s built-in digital assistant, more than a billion questions.