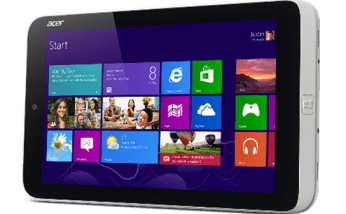 Microsoft has stopped playing coy when it comes to its big Windows 8 update.

In sharp contrast to the tight-lipped stance Microsoft took when details of Windows Blue (now Windows 8.1) first emerged, the company is now demonstrating the software in some high-profile settings. Microsoft picked the Computex tradeshow in Taipei, Taiwan, to give its first public demonstration of Windows 8.1 on June 5.

Antoine Leblond, corporate vice president of Windows Program Management, guided attendees through some of the major new features that are set to launch with Windows 8.1 later this year. These include an array of new Start screen personalization features, Internet Explorer 11, improvements to the operating system’s search function and integrated SkyDrive cloud storage.

Windows 8.1 is also expected to help Microsoft’s hardware partners deliver a wider array of tablets and PCs. “Leblond also described how working closely with partners has enabled the creation of richer and more unique experiences with hardware innovation in areas such as smaller form factors, touch pad, wireless networking, larger screens and higher DPI,” reported Microsoft in a company statement.

In one example, Leblond described how his team’s efforts afford device makers some added flexibility in the design of their products. “We did some work at the device interface level around edge detection and things like that to make it easier to have smaller bezels on these devices so that OEMs and folks who build devices like this could build exactly the kinds of devices they want, and Windows 8.1 will be great on them,” he said.

During his keynote address, Nick Parker, corporate vice president of Microsoft’s OEM Division, showed off the Acer Iconia W3, which officially launched on June 3. The small Windows 8 tablet sports an 8.1-inch screen and is powered by Intel’s Atom Z2760 processor.

The Iconia W3 weighs 1.19 pounds and runs up to 8 hours on a single charge. Expected to hit U.S. shores this month, the tablet will carry a price tag of $379.99. An optional snap-in keyboard will be available for $79.99.

Tami Reller, Microsoft’s chief marketing officer and chief financial officer, used the occasion to announce that Windows RT users will soon have a new addition to their Office app collection. “One of the top requests from Windows RT customers has been Outlook. I’m very pleased to announce that with the Windows RT 8.1 update Microsoft Outlook will be in-box,” she announced. Currently, devices like the Surface RT ship with Word, Excel, PowerPoint and OneNote.

Reller added that Windows 8.1 for RT will incorporate the newest innovations in the ARM processor ecosystem. “With 8.1 we’re again embracing the very latest technology, and the very latest on the silicon roadmap. Specifically this includes Bay Trail-T, Qualcomm 8974 and Nvidia T40,” she said.

Moreover, Windows 8.1 is a product of users’ reactions to Windows 8, not all of which were positive. “We’ve listened, we’ve learned, and we’ve responded, and you’ll see that, I believe, when you see the product. Windows 8.1 is made better, it is better, based on customer feedback,” Reller said.