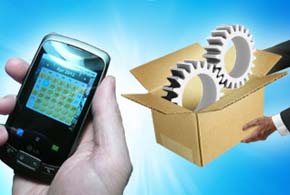 Low-quality apps and software of dubious worth share virtual shelf space with official, top-tier apps like Netflix, Facebook and Skype. These “crap apps” not only provide little value, but they also make it harder for users to find quality apps by mucking up search results.

After an outcry from customers, Microsoft is changing its tactics. “Earlier this year we heard loud and clear that people were finding it more difficult to find the apps they were searching for, often having to sort through lists of apps with confusing or misleading titles,” said Todd Brix, general manager of Windows Apps and Store, in a company blog post.

Microsoft’s aim is to provide customers with “frictionless” app experiences, an effort the company flubbed, Brix admitted. “From time-to-time this process slips out of sync and we need to recalibrate.”

Windows Store app certification requirements have been revamped, “a first step toward better ensuring that apps are named and described in a way that doesn’t misrepresent their purpose,” said Brix.

An app’s name must now “clearly and accurately reflect the functionality of the app,” he added. To combat the confusing glut of app look-alikes, icons “must be differentiated to avoid being mistaken with others.” Going forward, apps must also be categorized by their true function and purpose.

“These revised policies are being applied to all new app submissions and existing app updates for both the Windows and Windows Phone Store,” said Brix. His group has already begun work on purging apps that don’t comply with the new rules.

So far, most violators have agreed to clean up their act, reported Brix. Not all have been as accommodating, however. “Others have been less receptive, causing us to remove more than 1,500 apps as part of this review so far,” he said.

Thankfully, customers who have been unwittingly ensnared by dodgy Windows apps can get their money back, he assured. As a matter of Microsoft policy, “we will gladly refund the cost of an app that is downloaded as a result of an erroneous title or description” by contacting the company via Windows Support and Windows Phone Support.

Microsoft isn’t the only tech giant to run into app-related problems.

In January, Apple agreed to pay $32.5 million to settle a U.S. Federal Trade Commission (FTC) complaint related to in-app purchases by children. In a statement, the FTC said “Apple received at least tens of thousands of complaints about unauthorized in-app purchases by children.” Examples include $2,600 spent in “Tap Pet Hotel” and unauthorized charges of $500 in “Dragon Story” and “Tiny Zoo Friends,” the FTC said.

Google, is also suffering from some app store blues. Google Play, the company’s safe and mostly malware-free Android app store, has been slow to spread across the globe, giving rise to malicious apps that target the popular mobile operating system.