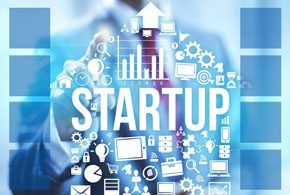 Microsoft is pouring $500 million over a two-year period into a program aimed at helping startups accelerate the commercialization of their products and grow their customer bases.

The program, called Microsoft for Startups, will “offer co-selling options to startups as well as access to technology and new community spaces that promote collaboration within local ecosystems,” stated the company in a Feb. 20 press advisory. Participant companies will have access to marketing and sales expertise from Microsoft’s massive sales force to prepare them to sell their products to enterprise customers.

Taking a cue from Microsoft’s own cloud-first approach to the IT market, the company will offer startups with up to $120,000 in credits for Azure cloud services, along with software development tools and premium technical support. Some may also be entitled to access the Office 365 and Microsoft Dynamics 365 business cloud software suites.

Other resources available include access to Microsoft Reactors, which are physical locations where entrepreneurs can gather to network, attend hackathons and other events. New spaces will soon open in Berlin, London, Sydney, Tel Aviv, Beijing and Shanghai, joining locations in San Francisco, New York, and of course, Microsoft’s home town of Redmond, Wash.

Although it carries a new name, Microsoft for Startups incorporates some previous overtures to the startup community.

For late-stage startups and those that have completed a Series A round of financing, there’s Microsoft ScaleUp. Formerly Microsoft Accelerator, the program explores co-marketing and co-selling opportunities that young technology firms can use to tap into Microsoft’s market presence.

Finally, for those firms looking for funding, Microsoft Ventures may lend financial support with direct investments typically between Series A and D rounds, the company said. The fund recently participated in investments in Unbable, a Portuguese provider of AI-enabled translation services, and Seattle-based Pixvana, a startup that is developing virtual-, augmented- and mixed-reality technology.

In October 2017, the Microsoft Ventures joined VC firms Madrona Venture Group, Notion Capital and Vertex Ventures Israel for the launch of an AI competition awarding a total of $3.5 million in funding to four startups across North America, Europe and Israel. Submissions closed on Dec. 31 and the winners are scheduled to be announced in the spring of 2018.

In July 2017, Google took the wraps off its Google Developers Launchpad Studio initiative, providing technical, product and potential financial support to machine learning and AI startups. Although based in San Francisco, the program includes events and activities in other locales, including New York, Toronto and Bangalore.

Later in September, Google and Cloudflare announced a collaboration awarding up to $100,000 in Google Cloud Platform credits to startups building apps for the latter’s App Platform. Google also kicked off a new online resource called Startup with Google that provides assistance and offers advice on getting funded and other hurdles faced by young companies.