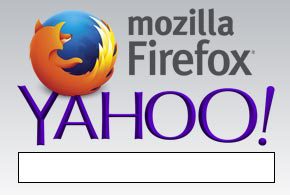 In a surprise move late on Nov. 19, Mozilla and Yahoo jointly announced a five-year partnership that will see Yahoo Search become the default search engine in the open-source Firefox Web browser. The Yahoo partnership marks the end of a decade-long partnership that Mozilla had with Google that paid it hundreds of millions of dollars in royalties per year, helping to fund Mozilla’s development and overall operations.

The Google-Mozilla partnership was last renewed in 2011 and was set to renew again by the end of this year.

A Yahoo spokesperson told eWEEK that the partnership with Mozilla is a revenue-sharing agreement and includes certain guarantees. Beyond that, the terms of the deal are confidential. Along with Mozilla leveraging Yahoo as its default search provider, the agreement provides a framework for exploring future product integrations, the spokesperson noted.

Mozilla was similarly nonspecific about the terms of the new deal with Yahoo.

“The specific terms of this five-year commercial agreement are subject to traditional confidentiality requirements, and we’re not at liberty to disclose them,” Denelle Dixon-Thayer, senior vice president of Business and Legal Affairs at Mozilla, told eWEEK. “It is a revenue-sharing arrangement.”

Dixon-Thayer added that Google will remain a search option for Firefox users, and Google will continue to power the Safe Browsing and Geolocation features of Firefox.

Mozilla’s relationship with Google has been a question mark for the last several years as competition in the browser world has increased.

Google first introduced its Chrome browser back in 2008, and its popularity has been growing steadily ever since. Statistics from W3Schools for October 2014 show Chrome to be the most widely used browser in the world at 60.4 percent, while Firefox is the second most popular at 23.4 percent.

Money—and Lots of It

Mozilla’s partnership with Google garnered it hundreds of millions of dollars over the last decade. Early on in the Google partnership, back in 2005, Mozilla reported total revenue of $52.9 million. The most recent Mozilla financial statements from 2012 indicate that Mozilla generated $311 million in revenue that year. Of that amount, $305 million came from royalties. According to Mozilla’s 2012 financial statements, “Mozilla receives royalty income from contracts with various search engine and information providers.”

Mozilla Takes $300M Gamble on Yahoo to Reassert Its Independence

While Yahoo and Mozilla are not providing a breakdown of the revenue-sharing arrangement, there is some historical context to help illuminate the issue. Mozilla’s 2012 financial statements note that revenue from its search engine contracts is determined by search and end-user activity.

In a 2007 article, I speculated on a formula for how the search revenue is determined. Over the last seven years, neither Google nor Mozilla has ever challenged me on the story, or its funding analysis.

It’s important to note that while Mozilla has a default search provider, users can choose at any time to change the default to any search engine they want. It’s also important to remember that this isn’t Mozilla’s first attempt at working with Yahoo either.

Even before the new partnership was formally announced on Nov. 19, Yahoo has been offering, for the last several years, its users a special version of Firefox, optimized for Yahoo.

The new deal with Yahoo has triggered a change in Yahoo’s privacy stance as well. This past May, Yahoo announced that it was dropping support for the Do Not Track (DNT) standard. DNT is a technology that Mozilla and other browser vendors support that aims to give users a choice to opt out of Website tracking. DNT, however, requires that Websites, like Yahoo, actually honor the DNT request. As part of the new Mozilla partnership, Yahoo has now pledged that it will in fact support DNT in Firefox.

Mozilla breaking away from Google makes a lot of sense. Google has its own successful browser now and is increasingly optimizing its own sites to work on Chrome. While Mozilla Firefox and Google Chrome developers sometimes can collaborate on Web standards, it’s important that Mozilla does not feel any external pressure to collaborate due to a financial partnership.

Mozilla is also increasingly at odds with Google on mobile efforts. Mozilla has been pushing its FirefoxOS mobile strategy as being transparent and a more open approach than Google’s Android.

With this new deal, Mozilla is reasserting its independence, both as an open-source browser vendor and an organization. It’s an important step for Mozilla as it enters a new era, where Microsoft is no longer the primary rival. It’s an era where Google, the company that helped to fund Mozilla’s growth for the past decade, has become a competitive target on the desktop and on mobile.

There is always risk with change. Given that the new deal is a five-year partnership, I suspect there is a lot of runway for both Mozilla and Yahoo to amortize that risk and build a successful partnership for both organizations.