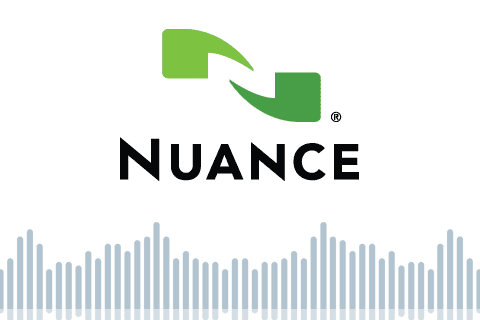 Nuance, the voice-recognition developer that supplies the technology behind Apple’s Siri and the Dragon transcription software, revealed July 21 that it is acquiring TouchCommerce, which provides messaging-based customer service and engagement for Web advertisers.

Burlington, Mass.-based Nuance will pay a total of $215 million in cash and stock for TouchCommerce.

The combination of Nuance and TouchCommerce IP is designed to replace call centers.

On July 20, one day before the deal was announced, TouchCommerce launched a new product, TouchAssist. TouchAssist enables enterprises to offer intelligent automated conversations using a chatbot to lead consumers to self-service on digital channels, such as mobile and desktop applications.

TouchAssist is an intelligent chatbot that starts a conversation on a brand’s Website and can offer a connection to a human agent if the potential customer desires it. TouchCommerce’s messaging boxes pop up when a consumer is on a brand’s site, either proactively or reactively based on TouchCommerce targeting rules.

Added Nuance AI capability will make the chatboxes smarter and more knowledgeable of the customer, with the intended result being fewer interactions with humans via chat or the phone. The cost savings to enterprises is projected to be substantial, marketing analysts have said.

Nuance and Agoura Hills, Calif.-based TouchCommerce had been partners since December 2015. The combination of TouchCommerce’s digital assisted service and Nuance AI-powered software comes at a time when consumer preferences for customer-service engagements are moving more quickly to Web and mobile services.

A recent Forrester study (“Brief: Don’t Make Your Customers Call You For Service,” May 2016) found that consumers are increasingly using self-service channels for customer service, with 66 percent engaging in digital self-service. The growth of digital customer service solutions is expected to expand Nuance’s opportunities in the customer engagement market, a $3.7 billion sector that is growing at 17 percent per year (RnR Market Research, December 2015).

Nuance will also use TouchCommerce’s agent desktop to enable a smooth handshake from virtual assistant to human-assisted service, with the system learning through every customer engagement. In turn, TouchCommerce’s real-time data and targeting technologies will be used to deliver higher levels of personalization and proactive service across the platform.

The transaction has been approved by both companies’ boards of directors and is expected to close by the end of Nuance’s fiscal year 2016.