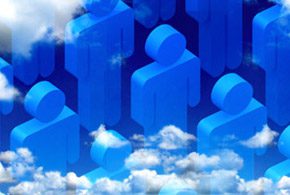 Continuing to blur the line between its productivity software and enterprise social networking tech, Microsoft has announced that all Office 365 Enterprise customers are now also entitled to licenses of Yammer Enterprise.

Since acquiring Yammer in June 2012 for $1.2 billion, Microsoft has been steadily pushing for deeper integration between the software-as-a-service (SaaS)-delivered social business platform and its increasingly cloud-enabled Office software platform. “With our teams in Redmond and San Francisco working together, we’re in a unique position to literally reshape the way people collaborate and communicate,” said Spataro.

In June, Yammer disclosed an ambitious road map that includes SharePoint search integration, enabling the collaboration platform to search Yammer conversations. Microsoft has since introduced new features that not only enable Office and Yammer to work more harmoniously, but also embrace non-Yammer users.

Acknowledging that it may take time for email users to jump on the social bandwagon, the company has made it easier for colleagues to participate in Yammer group discussions via email and without having to set up a Yammer account. New collaboration options include the ability to use Office files stored on SkyDrive as springboards to Yammer discussions.

Exposing Yammer to more Office users is only part of Microsoft’s plan to popularize the platform. The software giant also hopes to rope in users beyond a given organization’s walls—virtual and otherwise—with a big shift in the company’s approach to Yammer External Networks.

Further, it has its budgetary perks. Spataro said that the new licensing “will enable end users to work with customers and partners without having to worry about additional costs.”

As is becoming a post-acquisition tradition, the company issued another Yammer and Office 365 road map detailing the features and enhancements that are set to arrive in the coming months.

“Right now we’re focused on user mapping between Yammer and Office 365 (Office 365 users will be able to seamlessly access Yammer from their Office 365 navigation bar) and deepening connections across documents and conversations,” wrote Spataro. A “completely redesigned iPad app” is also in the works with a focus on a streamlined inbox and message sorting experience.