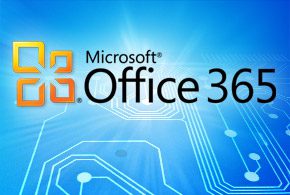 Microsoft’s cloud stumbled for some business users just as they were preparing to embark on a long holiday weekend. Just before the July 4th weekend in the United States, some Microsoft Office 365 customers began noticing that their incoming emails had slowed to a trickle and outgoing emails had begun piling up.

On June 30, users starting flooding Twitter with complaints, stating that their cloud-based Exchange Online and Outlook services were unresponsive. A quick check of the popular Downdetector.com Website revealed that affected customers were largely clustered around the New York City metropolitan areas, along with some pockets stretching from the Midwest all the way to the West Coast.

After spiking at around 5 p.m. EDT, the number of complaints dwindled to near zero. As of July 1, comparatively few customers are reporting issues. “Some customers may have experienced delays sending and receiving emails and service is now restored,” a Microsoft spokesperson emailed eWEEK after being asked about the Office 365 outage and its current status.

While cloud outages may be a fact of life, their effects are increasingly spreading across the business community, according to David Hood, director of technology at email security and protection specialist Mimecast.

“It’s becoming clearer that Office 365 is the dominant email platform with over 70 million commercial licenses and customer acquisition of about 50,000 organizations each month. With adoption steadily rising, we’re also going to, consequently, see a more widespread impact in the event of an outage,” Hood told eWEEK in an email.

The impending holiday aside, the outage couldn’t come at a worse time for some enterprises. Considering that the interruption occurred “in the middle of the day at the end of the sales quarter, losing access to email through Office 365 can have a real impact on sales and damage customer relationships,” argued Hood.

Despite the inroads made by Slack and other cloud-based team collaboration platforms, email remains the most prevalent form of communication in work environments. A recent forecast from the Radicati Group predicts that the number of worldwide email users will grow to over 3 billion people by the end of 2020 from 2.6 billion users today.

Email vendors and service providers will generate revenues of over $45.4 billion by 2020 compared with a projected $19.3 billion in 2016. Radicati attributes this strong growth to a shift from on-premises email servers to cloud-based mailboxes.

Many of those mailboxes are already hosted on Microsoft’s cloud. “The sheer number of active Office 365 users now means that hundreds, if not thousands, can lose access to Office 365 email without pushing the needle on Microsoft’s 99.9 percent SLA [service-level agreement],” continued Hood. “Email availability is absolutely crucial for U.S. companies, not just in maintaining IT operations but conducting business as normal. While outages don’t happen often, the more people use Office 365, the more there are to be potentially disrupted by an email outage.”