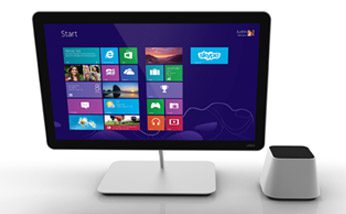 Windows RT may have stumbled a little bit out of the gate, but Microsoft seems intent not let it fade further into obscurity by preparing a version of its Outlook email client for the tablet OS.

Since its launch Oct. 26, sales of Microsoft’s Surface RT tablet have languished and other makers of Windows RT tablets have started to slash prices, which the industry is taking as a signal that they are sitting on unwanted inventory. Microsoft may soon release a version of Outlook to entice enterprises and business users and perhaps reverse the slide.

In a report for Windows SuperSite, Paul Thurrott stated that he spied the software while spending some time with the software giant. And from what he gathered, it’s practically ready for release, at least from a development standpoint.

“While visiting the Microsoft campus this week, I ran into two people—neither of whom actually work for the firm—that had Microsoft Outlook on their Surface with Windows RT tablets. So I can at least verify that it’s real—that is the software has actually been created and is in shipping form—but then a trusted source of mine had previously confirmed that tidbit,” wrote Thurrott.

ZDNet’s Mary Jo Foley chimed in with added information from her sources. Apparently, the reason that Outlook RT may see the light of day is that businesses have demanded it.

Foley wrote, “One of my sources said that Outlook RT has turned into a ‘top enterprise request,’ so the Office team had decided it should move forward and commercialize the port of Outlook to ARM. (I’m not so sure how many enterprises are really using Windows RT devices at this point, but I’ve heard Microsoft plans to increase its business-focused marketing push for Surface RTs and other Windows RT devices.)”

Like the rumored version of Office for iOS, Microsoft has long had Outlook RT ported and operational on ARM-based hardware, Foley reported.

Developed for ARM-based mobile processors, the kind found in the overwhelming majority of smartphones and tablets, Windows RT is a version of Windows 8 that embraces many of the hallmarks of tablet computing, including a touch interface, apps, cloud connectivity and long battery life. Windows RT tablets typically carry price tags that are on par with the competition, like Apple’s iPad or Samsung’s Android slates.

Supporting the ARM microarchitecture comes at a price, however.