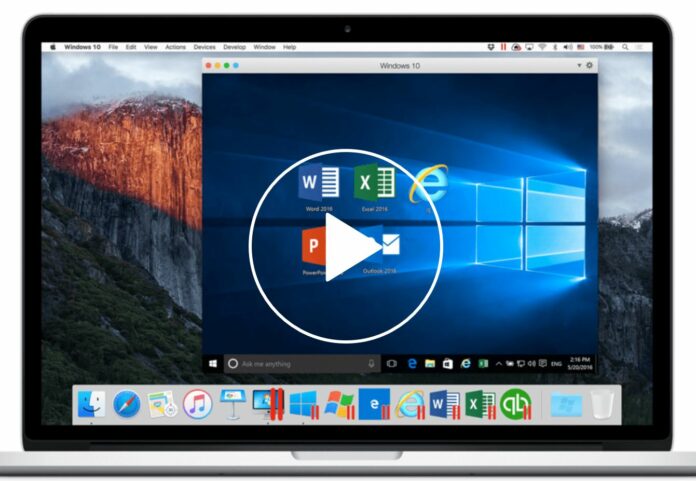 Since those early days several years ago, Parallels has continued to develop products for new markets, including a remote application server for PCs and Macs, cross-platform cloud-building tools and software that connects PC and Mac desktops/laptops to various mobile phones and tablets.

The Seattle-based company keeps forging ahead, launching Parallels Desktop 12 for Mac desktop (pictured; to see a larger version, right-click on the image and select “View Image”) Aug. 23. At the same time, Parallels unveiled a new Toolbox for Mac for developers, available with the desktop package or as a separate purchase.

Here is a listing of the most important new features inside Parallels Desktop 12 for Mac:

–Content backup application Acronis True Image, which includes a fast, incremental backup feature with up to 500GB of free online storage. [Note: Acronis is a sister company of Parallels];

–Users will have ability to purchase Windows 10 and install it via the Parallels Desktop Wizards;

–Scheduled Windows Maintenance option, so Windows Updates and maintenance can take place overnight, rather than at times disruptive to a user’s workflow;

–Snapshot creation is up to 90 percent faster than previous version;

–Shared Folders performance is up to 25 percent faster.

The new Parallels Toolbox for Mac includes 20 new utilities featured in all editions of Parallels Desktop 12 for Mac. These utilities make it easy to perform common tasks with simple single-function tools for both the Mac and Windows virtual machines, according to the company.

Parallels Access, another new feature in Parallels Desktop 12 for Mac, offers the ability to access up to five PCs or Macs from an unlimited number of iOS and Android devices with native touch gestures, plus access from any device with a modern HTML5 web browser.

Parallels Toolbox for Mac is a feature of all versions of Parallels Desktop 12 for Mac which also will be available as a standalone subscription product for $9.99 per year, including all new tools and updates planned for release every few months. Starting Aug. 23, a 14-day full-featured free trial can be downloaded and subscription purchased here.