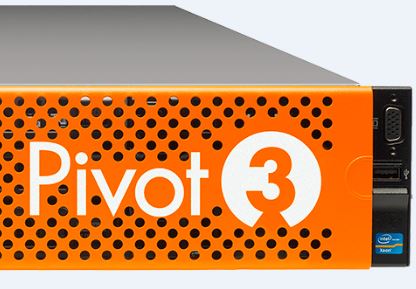 There are good reasons why Austin-based Pivot3, which specializes in hyperconverged IT infrastructure hardware and software, saw its revenue grow 84 percent year-over-year in 2016. Those reasons are probably these: 1) The market itself is exploding, and 2) Pivot3 must be doing something right.

The latest news in this sector is about the April 25 release of Pivot3’s Acuity, which the company calls the first “priority-aware” HCI software platform that enables IT to consolidate multiple mixed-application workloads onto a single, high-performance infrastructure.

For the full year 2016, the hyperconverged system market surpassed $2.2 billion in global revenue, up 110 percent compared to 2015.

“I think hyperconverged is in a ‘crossing-the-chasm’ situation right now,” CEO Ron Nash told eWEEK. “Look at the market, at all our competitors, then go back to 2015. Everybody who bought it did so to run one application. They bought one machine to run a virtual desktop environment for 2,000 employees, for example. Or they bought a backup or video surveillance machine, sold as a solution.

“Once they bought the hyperconverged system for one purpose, they started to run other things on it. They saw that it stayed up, did not lose data, was easy to operate and was less expensive tha buying tradional legacy gear. So they thought, ‘Maybe I can run my Exchange server on this,’ or ‘Let me see if I can run this database on this.’ “

‘Buy’ Pattern was Always There

“That was at least 95 percent of our revenue. I think it was the same for everybody else (in the market),” Nash said. “Last year, 33 percent of our revenue came from people buying their first hyperconverged system, and from the get-go they were going to run multiple applications on it. So now suddenly, they’re buying it as a platform. I think that’s a big inflection point.”

Pivot3’s Acuity, which is VMware vSphere and VMware vCenter-compaible, is the result of a realization of the changeover in what its customers are now seeking in HCI.

Acuity’s advanced policy-based management engine has been optimized to make the most efficient use of NVMe PCIe flash to deliver six times the performance of conventional HCI solutions, Nash said. This means IT can improve response times for databases, enterprise applications, business analytics and VDI.

Acuity uses the acceleration of ultra-low-latency NVMe PCIe flash. With NVMe PCIe flash data path performance, under control of Pivot3’s advanced policy-based Quality of Service engine, organizations can consolidate performance- and latency-sensitive applications onto HCI with flash that is 450 percent faster than SATA SSD and 119 percent faster than SAS SSD, the company said.

–self-management with a customizable performance dashboard for ongoing management decisions based on extensive application insight; and

Acuity comes with a set of data services that help drive efficiency in the data center, including Pivot3’s patented erasure coding, which delivers up to 82 percent usable storage capacity, the company said.

Pivot3 has more than 2,400 customers in 54 countries and 18,000 hyperconverged deployments in multiple industries, such as health care, government, transportation, security, entertainment, education, gaming and retail.