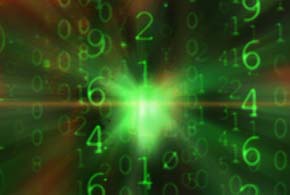 Instead of the bland text-based timelines of old, Timeline Storyteller can be used to turn date-dependent information into interactive, visually-rich stories. Animation, helps contextualize data points as users change perspectives or delve deeper into the information.

Timeline Storyteller is one of several new Power BI technologies that Microsoft executives demonstrated at the Digital Insights Summit here in Seattle this week. Others include new Power BI Desktop reporting options along with a Premium licensing option for enterprises seeking the cost benefits and the performance boost offered by dedicated hardware in the company’s cloud data centers.

For users, the company keeps developing new ways of visualizing information through effective storytelling. It’s one of many approaches Microsoft is using to prepare today’s work forces for a business landscape that runs on data produced by mobile devices, Internet of Things (IoT) devices and the cloud.

The world is in the midst of a data-centric industrial revolution, asserts Microsoft technical fellow Amir Netz. “We try to provide the equivalent of the printing press for the age of data,” he told eWEEK. “I feel it’s a great mission to create a world of data-literate people.”

One method Microsoft is using to promote data literacy is with visualizations like Timeline Storyteller.

“Storytelling is a form of communicating data, Netz said. “It’s creating an ordered way of viewing the data in a way that one thing leads to another thing, so the user gets the context and the rationale of why things happen.”

In a similar manner, Microsoft will soon add a bookmark function. Although it sounds like standard fare for enterprise applications, bookmarks in Power BI can be linked to one another, opening up new avenues for organizing Power BI content, navigating reports and exploring data.

One of Netz’s favorite new features and a major building block for future innovations from the Power BI group, bookmarks “will probably have the biggest impact in the range of things people create,” he said. “We offer a whole new dimension in the creation process,” he added, citing the feature’s ability to insert visualizations that dynamically adapt to changes, enabling richer storytelling with data. He also teased that his group is working on more capabilities based on bookmarks.

Netz predicts that in as little as three to five months, bookmarks will dramatically change how users interact with data in Power BI. “Bookmarks will become one of those things that will be as useful as a bar chart.”

The new Data Bars feature, just added in the June update to Power BI Desktop, allows report authors to add visual punch to ordinarily bland tables. Appearing behind numerical values, Data Bars can be used to compare ranges of values as a glance.