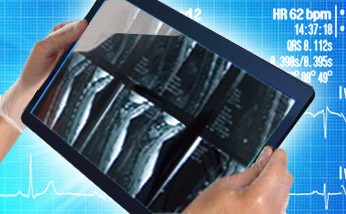 With an increase in the number of private health information exchanges, interoperability of sharing health data may be at risk, according to a survey by the eHealth Initiative.

eHI is an independent, nonprofit organization that aims to encourage improvements in the quality, safety and efficiency of health IT.

“The primary purpose of HIEs is to provide increased access to data that allows providers to deliver safer, quicker and more cost-effective care for their patients,” Jennifer Covich Bordenick, CEO of eHI, said in a statement. “If competing public and private HIEs are using different operating systems and technology platforms, data cannot be adequately shared.”

eHI released the results of its 12th Annual HIE Survey on Nov. 15.

For this report, eHI surveyed 161 HIEs nationwide. The organization found that with public and private HIEs operating, exchanging the data and coordinating care would be difficult.

Restrictions on government funding may be leading health organizations and vendors to build private exchanges, according to eHI.

Hospitals, ambulatory practices and laboratories are providing data to HIEs. Challenges to the success of these exchanges include sustainability, funding and privacy, according to the survey.

When private HIEs that don’t rely on government funding use a different software vendor than that of a public HIE, the data may be unable to be shared, according to Jason Goldwater, vice president of programs and research at eHI.

“Some HIE vendors use their own standards to transmit data from one end to another based on the needs of their clients, and sometimes they don’t interoperate in the way we would hope they would,” Goldwater told eWEEK. “There may be some issues with exchanging data between these private entities and public ones, and so that can compromise some of these larger exchange efforts.”

HIEs prefer not to rely on public funding, according to Goldwater.

“There’s no desire to rely on public funding and have to deal with the stipulations associated with that,” Goldwater added. “Or they may not have a large enough group to make a public HIE sustainable.”

Analytics from data within an HIE can help physicians and researchers identify risk factors for conditions within a population, Goldwater noted. Doctors can use this data to improve the quality of care and patient outcomes.

Compatibility between HIEs can eventually make these benefits real.

“That’s always been the universal problem with an HIE,” said Goldwater. “You want to have compatibility and exchange between disparate systems.”

One potential solution to the compatibility problem could be hybrid HIEs that rely on both private and public funding, according to Goldwater.

Despite the compatibility problems, more data is being exchanged in HIEs with 88 health exchange initiatives in the advanced stages of development in 2012 compared with 13 in 2011, eHI reported.

In addition, 91 HIEs that participated in the survey are providing the technical infrastructure and data analytics to groups of doctors collaborating on care in accountable care organizations (ACOs) and patient-centered medical homes (PCMH). As outlined in the Affordable Care Act, ACOs receive federal funds for improvement in patient outcomes. In a PCMH, doctors collaborate to follow a population of patients.