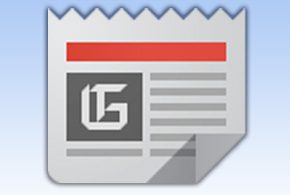 In a repeat of what happened in Germany earlier this year, Spanish newspapers want Google to reverse its decision last week to shut Google News down in the country, citing the company’s vital role in driving traffic to their sites.

The Spanish Newspaper Publishers’ Association (AEDE), a major proponent of a new copyright law that prompted the Internet giant’s decision in the first place, has apparently now asked the Spanish government to persuade Google not to do so after all.

Shutting down Google News is not like turning off just another service, the Spain Report quoted an AEDE spokeswoman as saying in a news report. Given the company’s dominant market position, turning off Google News would undoubtedly have a negative effect on Spanish newspapers and readers, the paper noted.

Google did not respond immediately to an inquiry seeking confirmation of the details in the Spain Report.

Google on Dec. 10 said it had decided to permanently switch off its Google News service in Spain in response to a new law that will require online news aggregators to pay publishers in the country a copyright fee for using text snippets from their stories.

Google, like other aggregators, often uses the headline and the first one or two sentences of a story to anchor links to news articles from its Google News site. Spanish data regulators argued that such companies should be required to pay publishers a copyright fee for using those snippets, no matter how small the snippet might be. Under the Spanish law, publishers are mandatorily required to collect the fees from Google and other data aggregators that use their snippets.

Google has maintained that it does not make any money off its Google News service and therefore being forced to pay royalties to publishers would be unfeasible. It has noted that its service drives traffic and hence advertising dollars for publishers.

The law in Spain is similar to one passed in Germany in 2013, as well as a handful of others being considered by data regulators in other European Union nations. Unlike the law in Spain, however, the one in Germany leaves it up to publishers to decide if they want to impose a copyright fee on news aggregators such as Google. The laws stem from concerns that U.S. technology companies like Google and Yahoo are profiting excessively from European data without paying their fair share of taxes.

However, the new rules so far have only backfired on European publishers.

Earlier this year, for instance, VG Media, a large German publishing consortium, demanded that Google pay a copyright fee for using text snippets and images from member newspapers to anchor search results in Google News. In response, Google started using only story headlines as links to articles from members of VG Media.

In just two weeks, Axel Springer, a member of the VG Media consortium and Germany’s largest publisher, quickly backed off the demand, saying the move had caused traffic to its properties to drop dramatically. The group’s chief executive claimed that Google’s influence over online audiences made it almost impossible for publishers to ignore.

The AEDE’s move to get the Spanish government to persuade Google to reverse its decision shows that publishers there clearly feel the same way. Organizations such as the Electronic Frontier Foundation (EFF) have labeled the efforts by data regulators in Spain, Germany and elsewhere to collect copyright fees from news aggregators as misguided and doomed to failure.