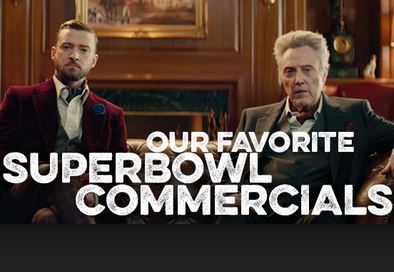 Years ago, whenever the television networks needed to find out where their successes and failures were, they sought out one main source to provide their analytics: the all-important Nielsen Media Ratings. From 1950 to the early ’90s, the Nielsen sampling comprised about 1,700 homes nationwide with direct-line audimeters and a rotating board of nearly 850 diary respondents.

That’s it. All the advertising rates for the networks were set three times per year based on that tiny but ostensibly scientific sampling.

Not anymore, however. As television has morphed into cable and online markets and IT has become more granular and invasive, all this has changed big time. Forget the idea of volunteer families being polled via telephone and keeping written diaries of who watched what on the family TV; IT is now getting very specific in the science of television watching.

Which Commercials, Game Moments Were Most Popular

TiVo watched Super Bowl LI along with much of the rest of the world on Feb. 5. Then, after spending the entire evening evaluating the data, data scientists at the Alviso, Calif.-based company on Feb. 6 unveiled their post-game report on the telecast. The report highlighted this year’s most engaging commercials, promotions and in-game moments from the overtime 34-28 comeback victory by the New England Patriots over the Atlanta Falcons.

As quarterbacks Tom Brady and Matt Ryan competed on the field, so did the advertisers on the telecast. This year’s “tech” bowl brought out the best in technology advertisers, including Amazon, Google, Hulu, Intel, Mobile Strike, Netflix, Nintendo, T-Mobile, Sprint, Squarespace, Wix and World of Tanks. Accompanying the tech-themed advertisements, Intel brought in the latest in GPS-controlled drone technology to join Lady Gaga during the halftime show.

Commercial content spun the gamut from cute and comedic to sweet and sentimental, often including celebrity faces and sports star cameos. Bai Brands ranked the highest overall in engagement with an appearance by Christopher Walken, who dramatically delivered the lyrics to “Bye Bye Bye” alongside Justin Timberlake.

The following are the top 10 commercials and promotions from the big game, according to TiVo:

4. T-Mobile–Its All That and More

9. Disney–Pirates of the Caribbean: Dead Men Tell No Tales

TiVo uses second-by-second data and measurement tools to rank the top commercials from this year’s championship game, based on commercial retention compared to overall program viewership.

“As one of the biggest broadcasting events of the year, this epic showdown represents the perfect opportunity for brands and advertisers to attract and engage with fans on the grandest sports stage in the world,” TiVo Vice president of Strategy Paul Stathacopoulos told eWEEK.

“Marketers are often searching for the most efficient and effective platforms to reach their customers, but even as commercial content continues to get flashier, strategic placement is key. Using advertising analytics and data-driven audience insights can further nurture viewer engagement, leading to better entertainment experiences.”

Top Moment of the Broadcast

For the seventh straight year, TiVo found viewership for the halftime show exceeding that of the overall game. This time Lady Gaga’s athletic and high-tech halftime performance was well-received, generating 41,000 tweets per minute. The pyrotechnic showcase ended with this year’s top moment of the broadcast, including a theatrical mic drop and jump off the stage.

“If you look closely at the charts, you can see the spike in interest when Lady Gaga jumped down onto the field after dropping the mic,” Stathacopoulos said.

Based on data from the last nine years, this year’s halftime show ranked third in viewer interest behind Madonna in 2012 and the 2015 halftime show featuring Katy Perry and Lenny Kravitz.

The most engaging in-game moments all took place within the last 30 minutes of the game, Stathacopoulos said.

1. At second-and-goal from the 2-yard line in overtime, Brady tosses the ball to running back James White, who scored a touchdown for the Patriots’ victory.

2. With three seconds left in regulation time, Brady hands off to Dion Lewis, who runs out of bounds at the New England 48 yard line, leading to the first overtime in NFL championship history.

3. At the 1-yard line late in the fourth quarter, Brady hands off to White, who crosses the goal line for a touchdown. After a 2-point conversion, the game is tied at 28-28 with less than a minute remaining in the game.

TiVo subscribers can view all of this year’s top commercials from their TiVo devices. “Go to TiVo Central and either hit 5 on the TiVo remote or go to “Find TV Movies and Videos” > “Browse TV & Movies” > “New & Notable,” Stathacopoulos said.

Stathacopoulos said TiVo’s analysis was prepared using aggregated, anonymous, live and same-day second-by-second audience measurement data from households with the Emmy-award winning service. TiVo gauges the interest in programming content by measuring the percentage of the TiVo audience watching or re-watching any given moment in the programming.

The most engaging ads and promotions are determined by looking for spots with the biggest bump in viewership relative to the surrounding 15 minutes of programming, offering a true reflection of change in viewership, Stathacopoulos said.